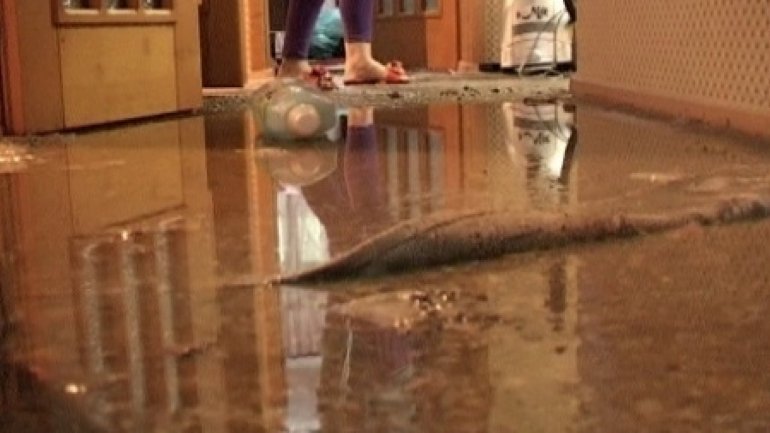 For already 7 years, residents of an apartment block from Botanica find themselves with flooded houses whenever it rains. The unfinished attics cause families to live without a proper roof, Liubei Timuş's being one of them.

"It begun leaking and we could no longer live there, we moved to another place, but they promised to fix it. They came, saw that it was clean and repaired and declared everything will be done even better and here we are.." the woman told.

People say that construction works were stopped in 2013, due to an accident on site: "One of the chiefs came in drunk, climbed the roof, slipped and fell to his death."

Since then, nobody was allowed on the roof and people need to live with the consequences:

"The fourth floor is a disaster. We, from the first and second floor are not so affected, but those living on the last feel all the damage. When it rains, problems arise. All children from those apartments get sick and it is impossible to live in such conditions."

Even people who paid for an attic apartment are searching for justice in courts:

"They would call and demand money for various works. Bit by bit we paid it. They have gathered around 450 thousand euro. With those money they could have already finished the apartment and manage the block."

The company's administrators were not found for explanations.