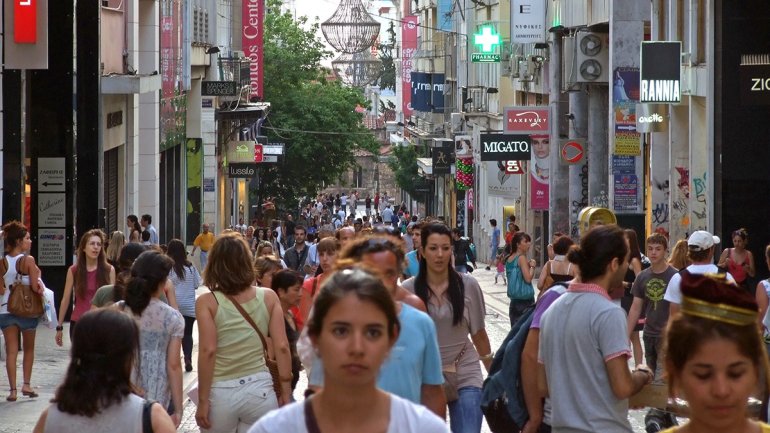 Greece's debt crisis has made its population the unhappiest not only in western Europe but also in comparison with people in some former Communist countries, a study showed on Tuesday.

The "Life in Transition" survey conducted by the European Bank for Reconstruction and Development (EBRD) and the World Bank has questioned households across a broad region since 1991 as the Cold War came to an end, but Greece was included for the first time this year.

Over 92 percent of Greeks said the debt crisis had affected them, with 76 percent of households suffering reduced income due to wage or pension cuts, job losses, delayed or suspended pay or fewer working hours.

Only one in 10 Greeks were satisfied with their financial situation and only 24 percent with life overall, compared with 72 percent in Germany and 42 percent in Italy, the two western European countries used as comparisons. The figure was 48 per cent in post-communist countries.

Austerity measures demanded by international creditors have been tough on Greeks. Pensions, for example, have been reduced by about a third since the crisis began in 2009. The leftist-led government is still at odds with lenders over labor reforms and a projected fiscal gap in 2018.

Only 16 per cent of the respondents in Greece saw their situation improving over the next four years, compared with 48 per cent in post-communist countries and 35 and 23 per cent in Germany and Italy, respectively.