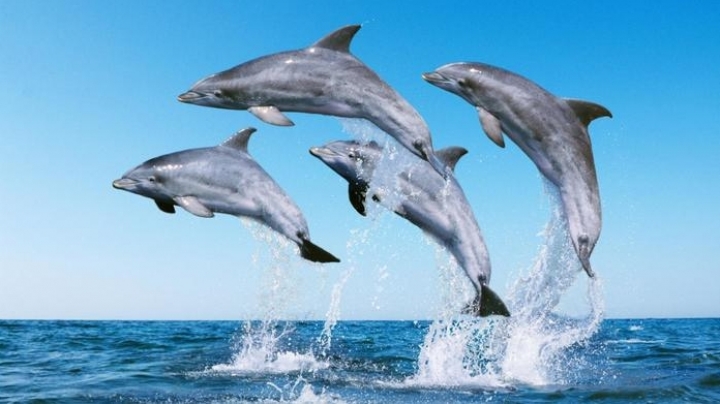 While it has long been acknowledged dolphins are of high intelligence and can communicate within a larger pack, their ability to converse with each other individually has been less understood.

But researchers at the Karadag Nature Reserve, Feodosia, Crimea, believe the pulses, clicks and whistles – of up to five ‘words’ - made by dolphins are listened to fully by another before a response is made.

“Essentially, this exchange resembles a conversation between two people,” wrote lead researcher Dr Vyacheslav Ryabov in the study, published in the journal Mathematics and Physics.

Dr Ryabov said each pulse produced by a dolphin “is different from another” in its time span and the frequencies it emits.

“In this regard, we can assume that each pulse represents a phoneme or a word of the dolphin's spoken language,” Dr Ryabov wrote.

However: “The dolphin's speech unfortunately lies beyond the time and frequency characteristics of the human hearing, and is thus unavailable to humans.”