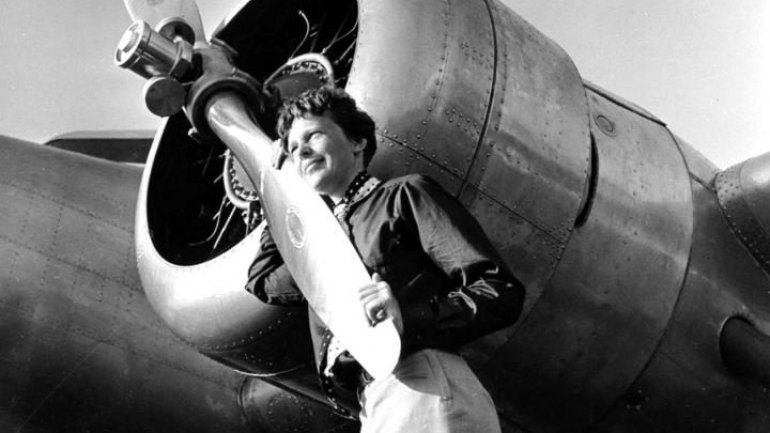 There's an entire chapter in Amelia Earhart's life that history ignores, says new research: The legendary American pilot died as a castaway, not in a plane crash, reports CNN.

Earhart was the first woman to fly across the Atlantic. Her plane crashed into the Pacific Ocean while she attempted to circle the Earth.

It was always assumed Earhart died in the crash and that her remains were lost to the deep waters.

The skeleton of a castaway found on the island of Nikumaroro, Kiribati, in 1940 may belong to Earhart.

TIGHAR has been trying to prove the bones uncovered belong to the American pilot since 1998.

"Until we started investigating the skeleton, we found what history knew was that Amelia Earhart died in July 2nd, 1937, in a plane crash. But there is an entire final chapter of Earhart's life that people don't know about. She spent days - maybe months - heroically struggling to survive as a castaway," Ric Gillespie, TIGHAR's executive director told CNN on Tuesday.

The human remains were initially dismissed by British authorities who thought the bones belonged to a male.

But in 1998, the TIGHAR team recovered the original files - with the 1940 skeleton's measurements - and sent them to forensic anthropologists Karen Burns and Richard Jantz.

"The morphology of the recovered bones, insofar as we can tell by applying contemporary forensic methods to measurements taken at the time, appears consistent with a female of Earhart's height and ethnic origin," they said in a statement.

Then came another discovery.

Jantz, from the University of Tennessee, noticed something peculiar when updating the information about the bone measurements. The skeleton had forearms that were considerably large for a European woman.

He joined forces with forensic imaging specialist Jeff Glickman. Analyzing a historical photo of Earhart where her bare arms are fully visible, they found Earhart's forearms were virtually identical to the castaway's.

In August, the TIGHAR team revealed Earhart made more than 100 radio transmissions calling for help between July 2 and July 6 of 1937, which rules out the possibility of her plane crashing.

The airplane's radio would not have worked if the engine was not running.

"There are historical documents that prove official airlines received radio calls for help in 1937. If we look at the press of the time - people believed she was still alive. It was only when planes where sent to fly over the islands where the distress signals were coming from and no plane was seen that the searches shifted towards the ocean," Gillespie told CNN.

TIGHAR believes no plane was seen because by the time the rescue planes were sent out, Earhart's plane would have been dragged back into the ocean by the waves.

"But she lived and died in that island for a while," Gillespie said.

Since the late 90s, Gillespie has organized three rescue archaeological expeditions to Nikumaroro to explore the area where the bones were found.

"We found records of bonfires being lit in the area where the bones were found. Based on the fish bones and bird bones found in the area, Earhart survived weeks, maybe even months, in that island," Gillespie said.

While there is no drinkable water in the island, Gillespie believes Earhart gathered water from tree leaves and rain.

No other human remains were found in the area - meaning Earhart's navigator Frederick J. Noonan would have died soon after the crash and been washed away by the ocean.

"We speculate Noonan died early on as she reported him being injured in the initial distress calls," said Gilepsie.

"We believe she survived heroically, and alone, for a period of time, in terrible circumstances. History needs to tell her story right," he added.
AFLĂ imediat Știrile Publika.MD. Intră pe Telegram