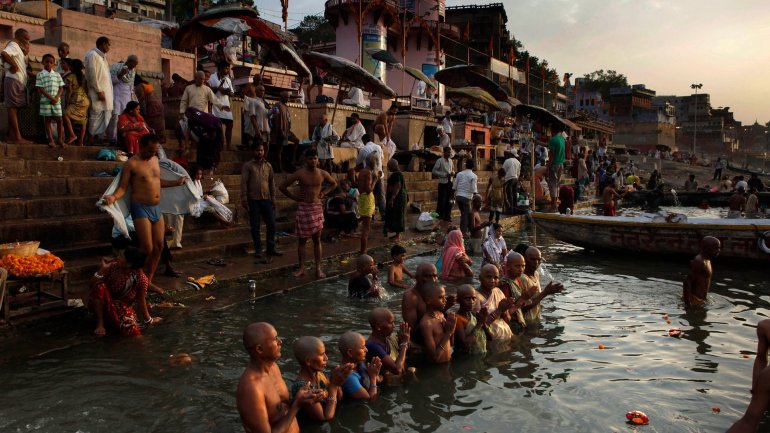 Air quality in the Indian holy city of Varanasi is “the most toxic in the country” according to research that reveals the extent of the pollution crisis across northern India, informs The Guardian.

There has been a growing awareness of the dangers of the smog that envelopes Delhi in the winter months, but a report released on Monday by three environmental groups highlights the extent of the problem across the north Indian plains, where levels of harmful airborne particles are routinely higher than in the capital.

According to 2015 data from the Central Pollution Control Board (CPCB), Varanasi and Allahabad, both located in India’s largest and most populous state, Uttar Pradesh, did not record a single day of “good” air quality in the more than 220 days that measurements were taken.

“Good” air indicates an Air Quality Index score below 50. Anything above 100 – “moderate” – is considered to be dangerous for children, the elderly and people with respiratory conditions.

The report’s lead author, Aishwarya Madineni, said the levels recorded in Varanasi appeared to regularly breach 150, when the air is classified as “unhealthy” and begins to affect the general population.

The researchers found that levels of airborne pollution in Varanasi finer than 2.5 micro-metres – the most harmful variety because they can reach deep into the lungs and breach the blood-brain barrier – were routinely double the safe limit in October and November 2015.

Levels of coarser particles finer than 10 micro-metres were triple the safe limit in 2016 and had increased by more than one-third since 2010, the research showed.

A 2016 World Health Organisation study found that half of the world’s 20 most polluted cities were in India, starting with Gwalior in Madhya Pradesh.