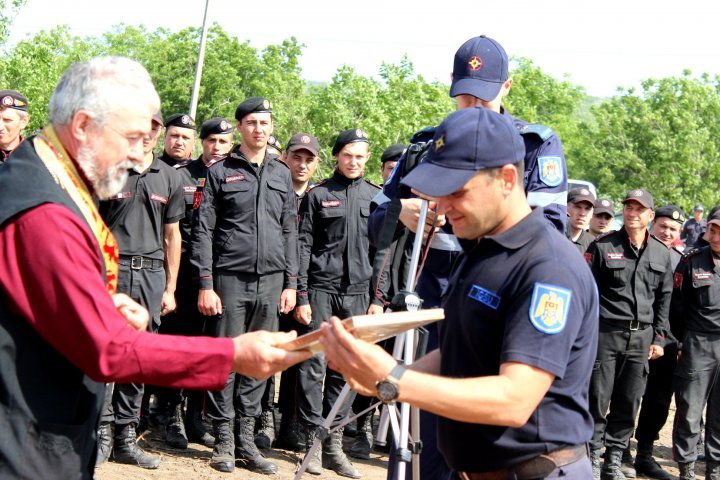 After six days of hard-working on protection dam strengthening near the river Nistru localities of the Stefan Voda district, over 300 rescuers, soldiers and governmental workers got awarded with degrees and medals.

The event took part at the field camp around Crocmaz locality. Public authorities thanked them for the effort for preventing the flood risk for 8 localities from Stefan Voda district.

According to IGSU representatives, during 6 days was strengthened a three kilometers dam. For the consolidation were charged over 31 000 sandbags.
AFLĂ imediat Știrile Publika.MD. Intră pe Telegram