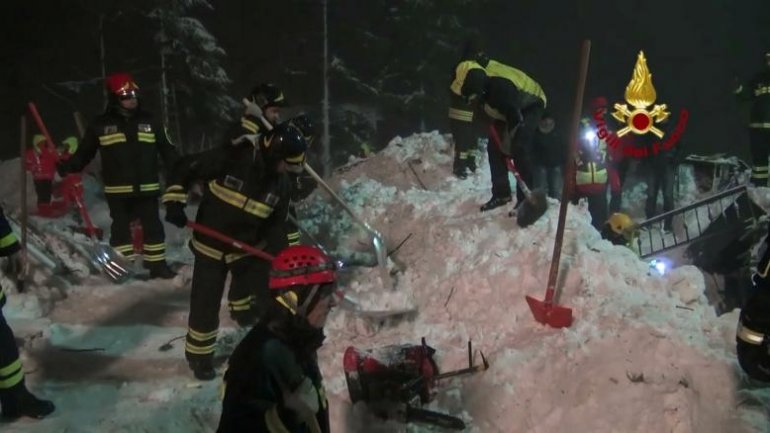 Rescuers on Wednesday pulled more bodies from the ruins of an Italian hotel razed by an avalanche as people who lost homes and livelihoods in deadly quakes last year protested in Rome.

Rescuers using pickaxes and mechanical diggers pulled six bodies from the rubble of Hotel Rigopiano a week after it was flattened by a wall of snow, raising the death toll to 24.

No one has been found alive since early Saturday and hopes of finding more survivors are fading. Five people are still missing after the Jan. 18 avalanche struck in the wake of heavy snow storms and a flurry of powerful earthquakes.

Prime Minister Paolo Gentiloni said he would launch an emergency decree next week and add to money already set aside to rebuild after the area was devastated by tremors last year, informs Reuters.

His government has earmarked 4 billion euros in this year's budget and Gentiloni said he had told Jean Claude Juncker, the president of the European Commission which oversees national finances, that they would allocate more.

He has said he wants to give more power to disaster management authorities and the earthquake response will require "billions more" euros, but has given no further details.

Eleven guests and hotel workers survived the avalanche in the Gran Sasso national park. Snow on the road had prevented many from leaving before the disaster struck.

Prosecutors in nearby Pescara have opened an investigation which Gentiloni said would establish whether the emergency response had malfunctioned and if anyone was responsible for the tragedy.