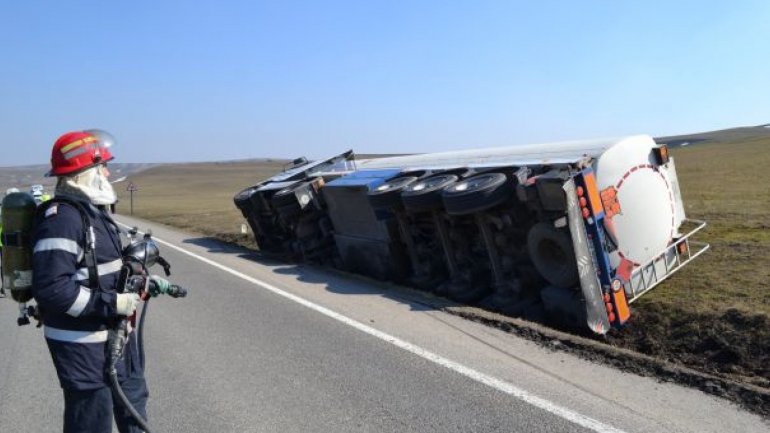 A truck toppled at an intersection near Vulcănești town, near UTA Găgăuzia, M3 road, km 170.

Two rescue teams were dispatched on site. There, it was established that the truck, loaded with 30 tons of diesel oil was reversed and requires rigorous assistance.

The driver was unharmed, him being the sole person in the vehicle. Following this situation, the road was partially blocked, the circulation being managed by officers from National Patrol Inspectorate.

Rescue teams and firefighters have called in on site another tank truck, to pump and transfer the diesel to the newly arrived truck.

Meanwhile, all rescue and firefighter teams ensured safety, to avoid another incident.

Works were finished by 00:30, afterward the toppled truck being evacuated. All circumstances of the case will be analyzed and established by law enforcement.