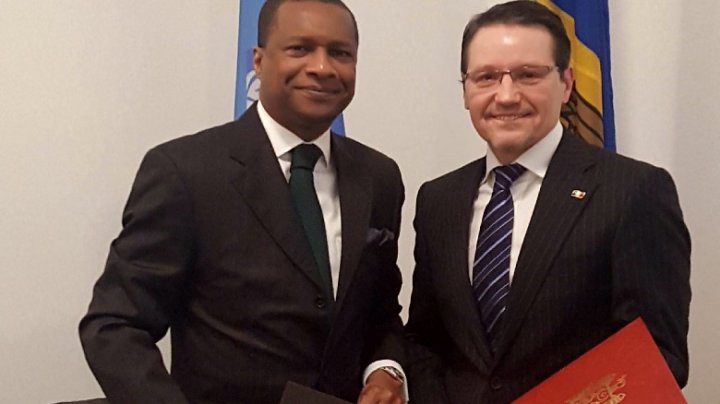 The document establishing diplomatic relations was signed by permanent representatives of the two countries at the headquarters of the United Nations - Ambassador Victor Moraru and Jean-Claude F. do Rego.

With this occasion, the representatives of the two states have exchanged opinions regarding methods to strengthen bilateral relations, existing cooperation potential in the economic and social fields, as well as regarding specific Moldova - Benin interaction within United Nations.

The two officials have also spoken of made efforts to ensure that Charter of the United Nations is respected, as well as the main principles of the international law, particularly regarding sovereignty, territorial integrity,  independence and non-interference in domestic affairs.

After the ceremony, the permanent representative of the two countries wrote a letter to the Secretary-General of the United Nations to inform all United Nations member states regarding the established diplomatic relations between Republic of Moldova and Republic of Benin.