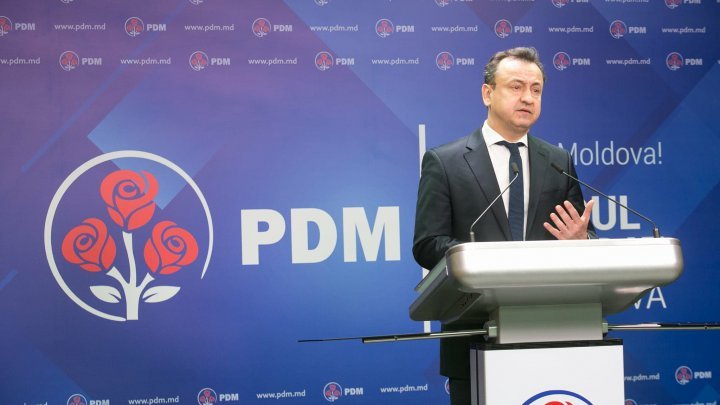 For the Republic of Moldova to have an observer status in the EU, the Parliament and the Government should announce its decision, because it doesn't belong to the Presidency. This fact was declared by Vitalie Gamurari, the spokesman of PDM.

"Igor Dodon's visit in Russia proved that the Republic of Moldova was accepted as Eurasian observer.

The Republic of Moldova is a Parliamentary country and none of the decisions could be taken without Government and Parliament's approval. None of these institutions made any requests for Moldova to receive this status.

The declaration of Igor Dodon was made as a physical person, as he doesn't have a legislative opinion regarding the Government or the Parliament. The President of the Country can't decide only regarding his own desire.

The Democratic Party supports the European path of the Republic of Moldova and it won't be changed. This is the desire of the Moldovan citizens and the country has some international responsibilities regarding the EU", said Vitalie Gamurari.

PUBLIKA.MD reminds that the Republic of Moldova received the status of observer in the Eurasian Union, while the Parliament and the Government didn't make any requests for this status.