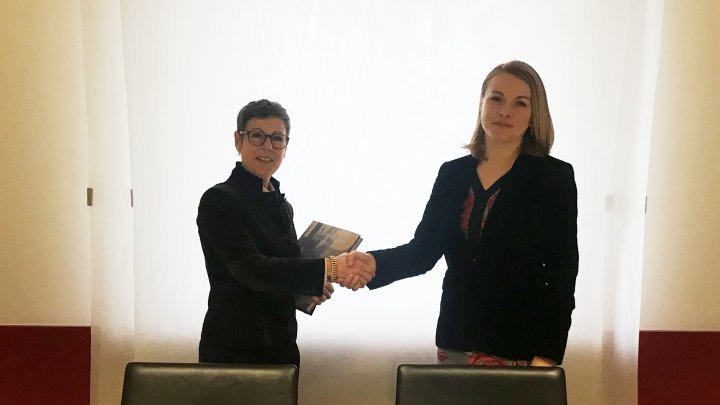 Various topics were discussed by the officials such as the bilateral and multilateral dimension, the possibility of intensifying reports in cyber security, education, culture and signing a bilateral agreement on social security.

They also exchanged views to extend the cooperation with State Secretariat for Economic Affairs SECO.

Ms Marty Lang emphasized the willingness of the Swiss side to implement joint economic projects and events with Republic of Moldova, reiterating the support for the signing of a Free Trade Agreement with the European Free Trade Association (EFTA) States.

State Secretary Tatiana Molcean thanked for the substantial support of the Swiss Confederation in the health sector, particularly to ensure access to quality health services in emergency situations. She also expressed her gratitude for the programs aimed to capitalize on the diaspora's potential, environmental protection and regional development, etc.

During the dialogue, two officials signed a Agreement between Moldovan Government and Swiss Federal Council on Regular Air Services. The document establishes the legal framework for air transport cooperation between countries, regulating the principles of air services, including aviation security rules, airworthiness and competence certificates and fees.

Similarly, Tatiana Molcean stressed the interest of the Republic of Moldova in signing an agreement with the Swiss Confederation in social security.