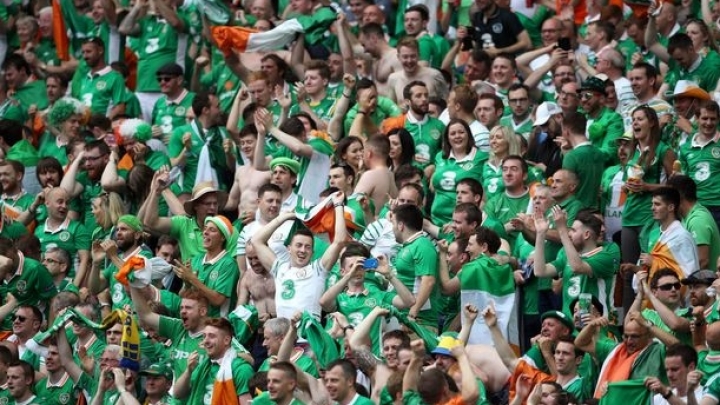 Despite all the trouble between certain sets of supporters at Euro 2016, Republic of Ireland fans seem to be absolutely loving life.

First, they crafted an insane collection of flags to bring along with them. Then they sang Abba with the Swedish fans to show there is no bad blood.

And, now, in the video below, they have turned one random French bloke on his balcony into a legend.

Prior to their 1-1 draw with Sweden, the ROI fans were gathered in their hundreds outside an Irish Pub - where else?

A random French man stepped out onto his small balcony and was receiving the kind of cheers you would expect Robbie Keane to bathe in should he score in the Euro 2016 final.

Clearly having enough of his brief fame, the man returns inside. However, he is greeted by a chorus of boos by he is adoring crowd.

Read more on The Mirror.