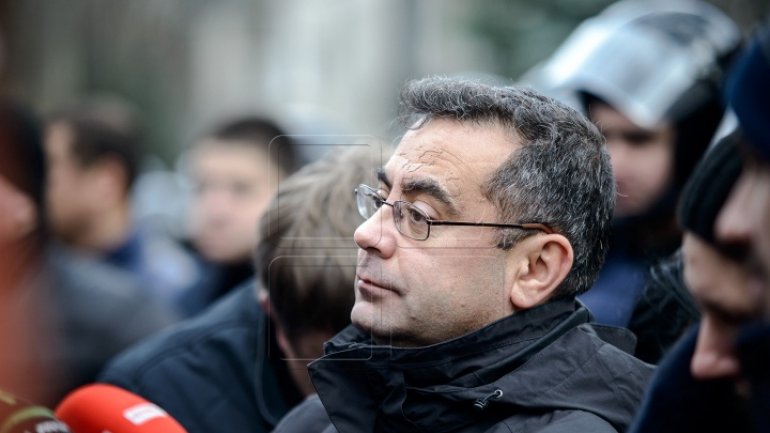 The Antimafie Movement playing with labeling in order to disunite the protesters, say representatives of Partidul Nostru party. Yesterday, a member of the Antimafie Movement, Daniela Bodrug, called Sunday’s protests in front of the Parliament ‘a political, mafia-type, anti-European move.’

"The Antimafie Movement plays with labeling. In order to disunite and denigrate the sincere  protesting movement against the mafia regime," said Ilian Caşu, the vice president of Partidul Nostru.

Daniela Bodrug said both the civil society and the opposition parties carry out interests of disguised men, as the protests were actually against PDM president  Vlad Plahotniuc.

"The so-called opposition parties and the civil society used citizens in their political and mafia struggle and there is no doubt the ruling party and the ‘opposition’ parties, covered by the civil society, are the same. Maia Sandu, the conclusion comes up, is not free and her party’s steps are watched and ordered by Vlad Filat and the PLDM," Bodrug said.

"I protested with the people disagreeing with the change of the electoral system. Everyone is free to come to this protest," said PAS leader Maia Sandu.

Partidul Nostru leader Renato Usatîi, who shirks from the Moldovan justice in Russia, intervened over the internet at the news conference. Asked concerning the bill on curbing foreign propaganda, he used offensive language addressed to a Publika TV reporter.

"You’re a very beautiful, very cultured lady and I have nothing against you. But in the wake of the pornography about me aired on your TV station, I don’t want to get in contact with the television you represent. With you, please, we have Whats UP, Skype, Messanger. Especially since I’m not married we can chat even at 3 o’clock at night," said the fugitive criminal Usatîi.

The police counted about 2,000 protesters at Sunday’s meeting, while the organizers set the figure at 4,000.