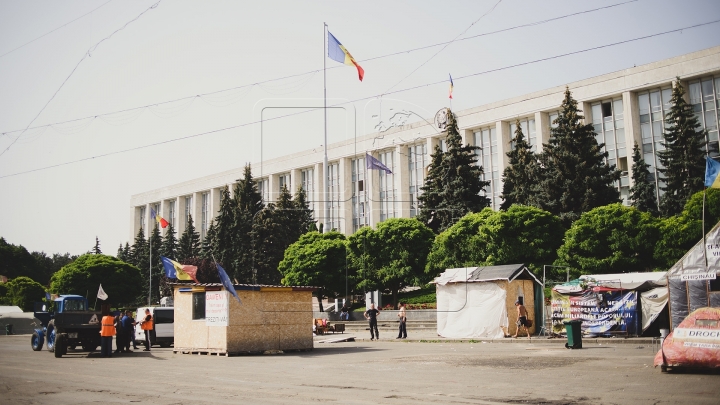 Chisinau City Hall has sued the representatives of “Dignity and Truth” Party of Topa fugitives, which are refusing to take away the tents from the National Assembly Square.

The authorities say that because of those few protesters, the rehabilitation works of Stefan cel Mare avenue are delayed.

At the same time, the Ministry of Culture cannot organize parades on 27 august, when Moldova celebrates 25 years of independence.