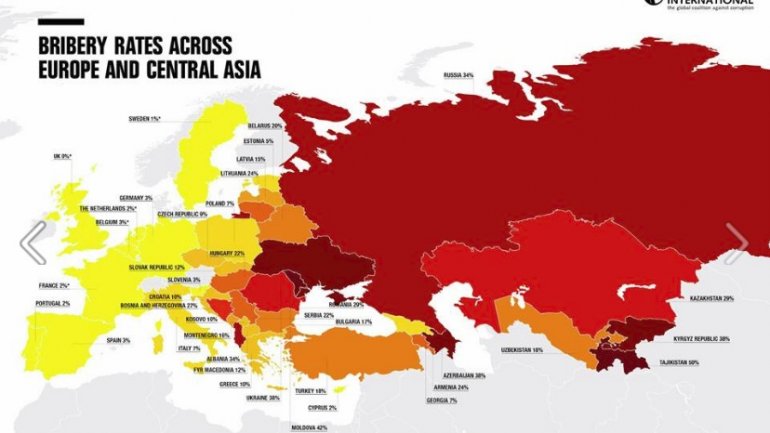 Ukraine is one of the most corrupt countries in Europe and its government is doing a poor job to fight it, says a new survey published by Transparency International.

The highest rates were in Tajikistan (50 per cent), Moldova (42 per cent), Azerbaijan, the Kyrgyz Republic and Ukraine (38 per cent), and Russia (34 per cent).

Romania had the highest rate for an EU member state at 29 per cent, followed by Lithuania with 24 per cent.