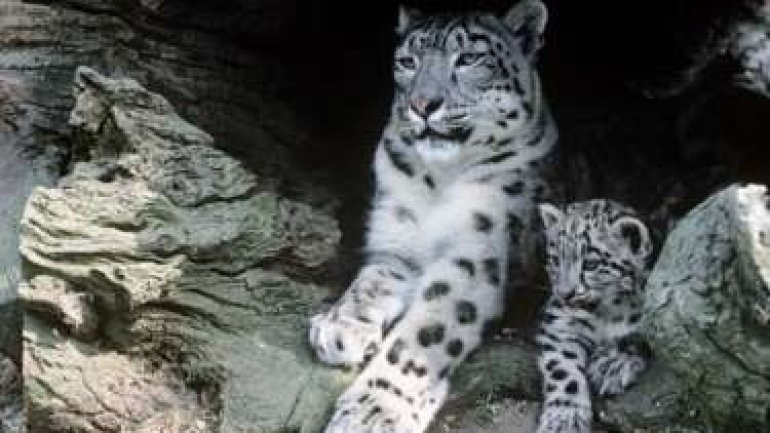 Hundreds of snow leopards are being killed by poachers every year across the high mountain ranges of Asia, according to a new report, reports BBC.

It's estimated there are just 4,000 of these elegant but elusive creatures now surviving in the wild.

Around four a week are being poached say experts, with most killed by local people in revenge for livestock losses.

The report highlights concerns that the illegal trade in snow leopard skins is moving online to evade the law.

The highly camouflaged snow leopard is found across 12 countries that sweep around the Himalayan and Tibetan plateaus. These include China, Bhutan, Nepal, India, Pakistan as well as Mongolia, Tajikistan and Russia.

The animals normally live at altitudes between 1,000 and 5,400 metres above sea level. Insulated against the cold by thick hair and fur covered feet, these nomadic leopards prey upon blue sheep and mountain ibex and other smaller creatures.

Given that they can kill animals three times their weight, their ability to hunt domestic sheep and cattle brings them into difficulties with farmers across their ranges.

According to this new study between 221 and 450 snow leopards have been poached every year since 2008. The authors say that while that number could be substantially higher, the main cause is human-wildlife conflict.

Over 90% of the reported poaching occurred in just five countries, China, Mongolia, Pakistan, India and Tajikistan. The report also suggests that only 21% of snow leopards were poached specifically for the illegal trade - but there seem to be many expedient attempts to cash in on the value of the skins and bones of these animals when they are killed.

One of the worries is the rise of clandestine sales on social media and e-commerce. As well as skins and furs there is a market online for claws and teeth, which are advertised as having medicinal properties.

With a third of the snow leopard's range falling along international borders that have seen considerable conflict in recent years, the report calls for greater cross-border co-operation, especially on law enforcement. At present just a quarter of known cases of poaching are investigated.

The study also calls for greater incentives for local communities to protect these iconic animals.

While there is increasing pressure on snow leopards from humans and a changing climate, there have been some successful attempts to reverse these trends.

In Kyrgyzstan, an initiative involving the government and conservationists has seen a former hunting concession in Shamshy turned into a wildlife sanctuary. The growth in the numbers of ibex has seen a number of snow leopards re-enter the area, as evidenced by photographs.

While the area is too small to be able to host a sizeable snow leopard population, it could serve as the core of a larger habitat in years to come.