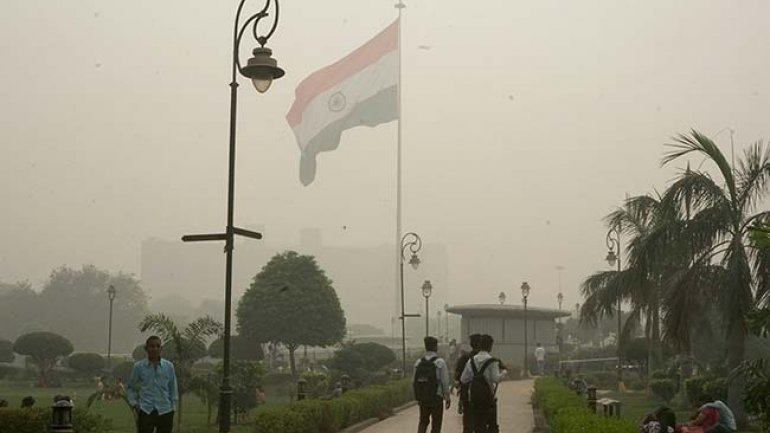 Not a single city in northern India meets international air quality standards, according to a Greenpeace report that estimates air pollution kills more than 1 million Indians each year and takes 3% off the country’s GDP.

The report released this week also shows that levels of the most dangerous airborne pollutants grew by 13% in India between 2010 and 2015 but fell at least 15% over the same period in China, the US and Europe, informs The Guardian.

It adds to a growing body of research showing the problem of toxic air is not limited only to the Indian capital, Delhi, but afflicts almost all the country’s large cities, particularly in the north.

Air quality data gathered for 2015 from state pollution control boards and under freedom of information laws showed “there are virtually no places in India complying with World Health Organisation and national ambient air quality (NAAQ) standards, and most cities are critically polluted”, the report said.

In all of the 20 cities monitored in the state of Uttar Pradesh, the level of PM10 – airborne pollutants such as dust, mould and chemical droplets less than 10 micrometers in diameter – exceeded international limits by at least 100%.

India’s supreme court has also banned fireworks from Delhi after last year’s Diwali festival caused levels of some pollutants to reach 42 times the safe limit and forced the closure of schools, construction sites and a coal-fired power station.