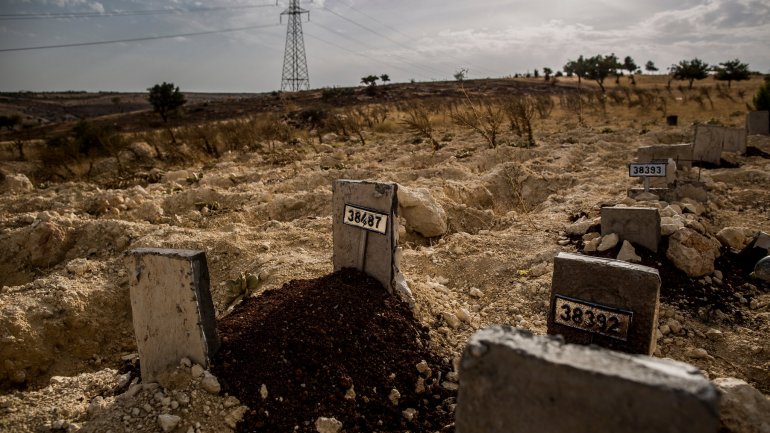 The Islamic State has used chemical weapons, including chlorine and sulfur mustard agents, at least 52 times on the battlefield in Syria and Iraq since it swept to power in 2014, according to a new independent analysis.

More than one-third of those chemical attacks have come in and around Mosul, the Islamic State stronghold in northern Iraq, according to the assessment by the IHS Conflict Monitor, a London-based intelligence collection and analysis service, reports The New York Times.

The IHS conclusions, which are based on local news reports, social media and Islamic State propaganda, mark the broadest compilation of chemical attacks in the conflict. American and Iraqi military officials have expressed growing alarm over the prospect of additional chemical attacks as the allies press to regain both Mosul and Raqqa, the Islamic State capital in Syria.

“The coalition is concerned about ISIL’s use of chemical weapons,” Col. John Dorrian, a military spokesman in Iraq, said in an email on Monday, using another name for the Islamic State. “ISIL has used them in Iraq and Syria in the past, and we expect them to continue employing these types of weapons.”

Colonel Dorrian said that the Islamic State’s ability to use chemical weapons is “rudimentary,” and that American, Iraqi and other allied troops are equipped to deal with the impact of these chemical attacks — typically rockets, mortar shells or artillery shells filled with chemical agents. The effects of these chemical munitions thus far have been limited to the immediate area where they land.

In an effort to blunt the Islamic State’s ability to make the weapons, the American-led air campaign has bombed militants associated with overseeing their production and the facilities where chemical ordnance is manufactured. In September, for instance, allied warplanes attacked a converted pharmaceutical factory in northern Iraq thought to have been a chemical weapons production facility.

As Iraqi forces now advance into Mosul, analysts warned that the Islamic State could unleash more chemical attacks as they cede control. Iraqi forces have reclaimed about one-third of Mosul, Iraq’s second-largest city.

“As the Islamic State loses ground around Mosul, there is a high risk of the group using chemical weapons to slow down and demoralize advancing enemy forces.” said Columb Strack, a senior analyst and the head of the IHS Conflict Monitor. “And to potentially make an example of — and take revenge on — civilian dissidents within the city.”

At least 19 of the 52 chemical attacks have taken place in and around Mosul, according to the IHS data, but the assessment noted a decline in attacks before the Iraqi-led offensive against the city.

“Mosul was at the center of the Islamic State’s chemical weapons production,” Mr. Strack said. “But most of the equipment and experts were probably evacuated to Syria in the weeks and months leading up to the Mosul offensive, along with convoys of other senior members and their families.”

The Islamic State is not the only actor in Syria to carry out chemical weapons’ strikes: The Syrian government has conducted many more such attacks.

Syrian military helicopters dropped bombs containing chlorine on civilians in at least two attacks over the past two years, a special joint investigation of the United Nations and an international chemical weapons monitor said in August.

Beginning last year, American officials confirmed the first instances of the Islamic State using sulfur mustard, a chemical warfare agent, and the presence of the mustard gas on fragments of ordnance used in attacks by the group in Syria and Iraq. Laboratory tests, which were also performed on scraps of clothing from victims, showed the presence of a partly degraded form of distilled sulfur mustard, an internationally banned substance that burns a victim’s skin, breathing passages and eyes.

Chemical warfare agents, broadly condemned and banned by most nations under international convention, are indiscriminate. They are also difficult to defend against without specialized equipment, which many of the Islamic State’s foes in Iraq and Syria lack. The chemical agents are worrisome as potential terrorist weapons, even though chlorine and blister agents are typically less lethal than bullets, shrapnel or explosives.

Chlorine is commercially available as an industrial chemical and has been used occasionally by bomb makers from Sunni militant groups in Iraq for about a decade. But it is not known how the Islamic State would have obtained sulfur mustard, the officials said.

Abandoned and aging chemical munitions produced by Iraq during its war against Iran in the 1980s were used in roadside bombs against American forces during the occupation that followed the 2003 American invasion of Iraq. But American officials have said the types of ordnance that have been publicly disclosed so far have not matched known chemical ordnance in the former Iraqi inventory.

The attacks have been geographically scattered and have varied in their delivery systems, suggesting that the Islamic State had access to, and was experimenting with, different types of rockets and shells configured to carry chemical warfare agents or toxic industrial chemicals.

One theory is that the militants were manufacturing a crude mustard agent themselves, American officials say. Another theory is that the Islamic State acquired sulfur mustard from undeclared stocks in Syria, either through capture or by purchasing it from corrupt officials, although this theory is not widely held by American analysts.