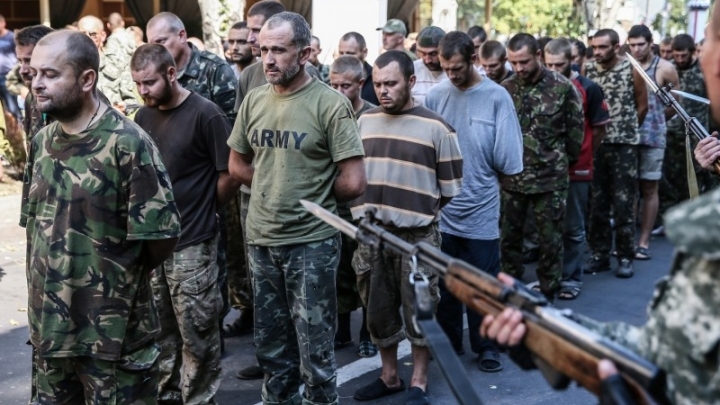 A new report released on Thursday condemned both Ukrainian authorities and separatist rebels for wide-spread torture and detentions of civilians in the country's east torn by a separatist war.

The joint report by Amnesty International and Human Rights Watch says both the Ukrainian government and Russia-backed separatists have committed enforced disappearances, arbitrary detentions and torture of civilians. Researchers based their findings on 40 interviews with victims.

"Torture and secret detention are not historical - or unknown - practices in Ukraine," Denis Krivosheyev, deputy director for Europe and Central Asia at Amnesty International, said in a statement. "They are taking place right now, on both sides of the conflict."

The report suggests that civilians have been detained merely because they were suspected of supporting varying sides of the Ukrainian conflict, which began in April 2014 and has claimed more than 9,400 lives. The report quoted former detainees who said that authorities beat them to obtain confessions and, in some cases, withheld their location from relatives.

Researchers said they discovered that some civilians were physically abused by both Ukrainian authorities and rebels. The report quoted a 39-year old man who said he was subjected to electric shocks at a facility allegedly run by Ukraine's Security Service, or SBU. Upon release, de-facto authorities in the rebel capital Donetsk arrested him on suspicion of working for the Kiev government.