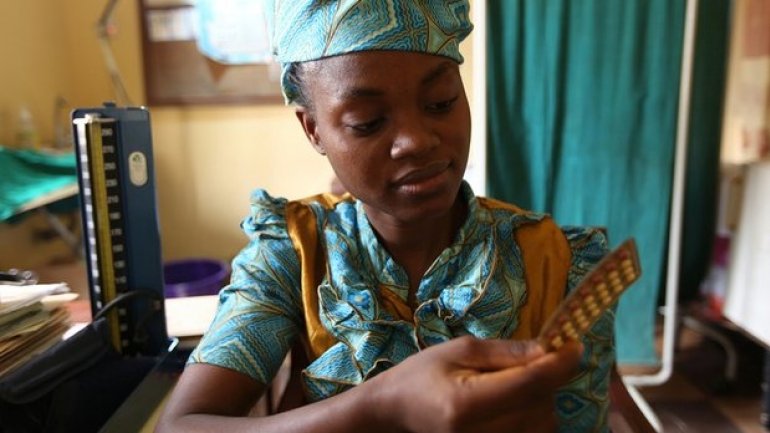 The number of women in the world’s poorest countries using modern forms of contraception has jumped by more than 30 million in the past four years, according to a report that found the most significant progress had been made in sub-Saharan Africa.

At the halfway point of the Family Planning 2020 (FP2020) initiative, launched in 2012, around 12 million more women and girls were using contraceptives in east, south and west Africa. Countries including Ethiopia, Kenya, Lesotho, Malawi and Mozambique had seen prevalence rates increase by 5 percentage points or more over the past four years. In real terms, for Kenya, that means an extra 1.15 million women using contraceptives. In Ethiopia, the figure is 1.98 million.

The population division of the UN’s Department of Economic and Social Affairs (Undesa) has predicted high rates of contraceptive use across Africa over the next 15 years and suggests global population growth could be cut by as much as 1 billion as a result.

However, a drop in funding for FP2020 last year threatens to derail progress. The initiative is already off-track to reach its target of getting an additional 120 million women and girls using some form of modern contraception by 2020. Over the past four years, 30.2 million more women have begun using family planning, but the number is significantly less – by 19.2 million – than was hoped by the halfway point. Reaching 390 million women and girls by 2020 is the ultimate goal, up from 270 million in 2012.

After steady increases in funding since 2012, when donors pledged $2.6 billion over eight years and national governments promised to increase their spending on family planning services, bilateral funding for the initiative fell by 6% last year, from $1.4 billion in 2014 to $1.3 billion in 2015. Organizers said the decrease is largely attributed to currency fluctuations and the significant appreciation of the US dollar.

Earlier this year, FP2020’s executive director Beth Schlachter said national governments would need to increase their spending on family planning, a view echoed by Joshua Lozman, deputy director of programme advocacy at the Bill & Melinda Gates Foundation – one of the four core partners in FP2020 – who said raising more money at a national level was a “primary focus”.

But Schlachter remained optimistic about the future. She said that data that had been collected over the past four years gave a better idea of how programmes could be targeted to reach more women. The report highlighted the variation on access to family planning services within countries.

In Kenya, for example, far fewer women in the north-east use contraceptives than elsewhere in the country.

Engaging more young people is seen as one of the keys to achieving the FP2020 target. More than 1 billion of the world’s 1.8 billion 10- to 24-year-olds live in the 69 focus countries.

According to the report, for the first time, more than 30% of women and girls in eastern and southern Africa are using some form of modern method of contraception. A project in west Africa – the Ouagadougou Partnership – has spurred progress, surpassing its goal of reaching 1 million additional users between 2011 and 2015. The scheme now aims to reach 2.2 million additional women and girls by 2020.

FP2020 figures are based on the percentage of women and girls of reproductive age (traditionally 15 to 49) who are using a modern contraceptive method, reports The Guardian.