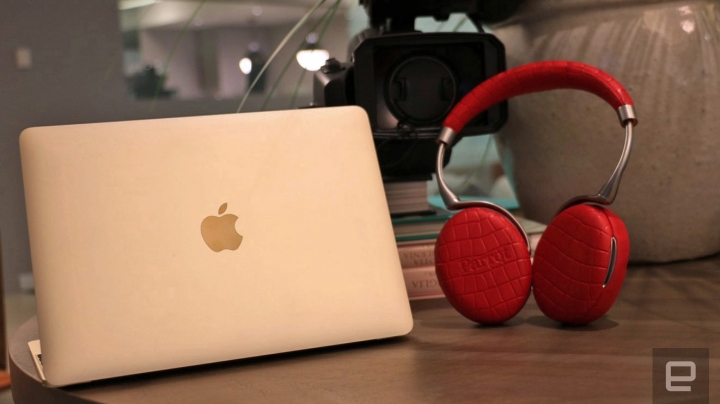 Add one more monthly expense to my budget. Just kidding, I don't have a budget. But whether you're financially cavalier or a careful spender, Grover's recent arrival in the US is good news. The company lets you rent consumer electronics at an affordable monthly fee, at least 30 percent of what you pay going toward your purchase of the device, should you eventually choose to buy it. I tried out the service and, much to my surprise, am having a hard time not handing my entire wallet over.

Grover is not the first to offer device rental. Notable competitors include Lumoid, which allows shorter durations and has a smaller selection, and the now-defunct YBuy. The latter let people get products sent to them for $25 a month, and subscribers had to return the devices after each month or choose to buy them. But YBuy appears to have disappeared since its successful 2012 funding; its website doesn't exist anymore, and there doesn't appear to be news as to why it closed. Former YBuy CEO Stephen Svajian did not respond to a request for comment.

As a gadget reviewer, I'm blessed to get to spend time with a ton of cool devices at work. So I thought Grover wouldn't appeal to me. I could see it tempting my tech-savvy friends, who often ask me about my experience with the latest phone or hot new camera, but I believed I wouldn't be moved.

How wrong I was. The site has 13 categories including cameras, MacBooks, phones, gaming and drones, each of which contains dozens of devices for loan. They weren't outdated either, and you'll typically find the latest in laptops, smartphones and wearables as soon as they hit the market. As of this writing, the phone selection includes Samsung's Galaxy S7, S7 Edge and S7 Active, Apple's iPhone 6s and iPhone SE, as well as Google's Nexus 6P. Some categories weren't as well-stocked, such as the virtual reality section, which only included the Gear VR . The drone category, meanwhile, lacks the DJI Phantom 4. Even so, within 10 minutes I had close to 20 tabs open.