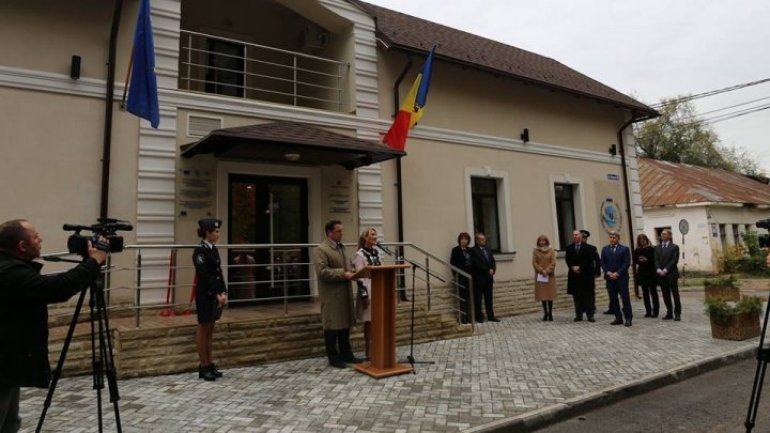 The BMA's renovated headquarters will ensure the bureau's work in the region by: extending service capacities to single desk for documenting foreigners, supporting mechanisms for integrating the foreigners in Moldova.

Moreover, the project will contribute to strengthen capacities to combat illegal migration, detection, identification and removal of foreigners who have violated the residence regime in our country.

The US Ambassador also congratulated the BMA and MAI leadership on the results of these joint projects, noting that these achievements are beneficial to citizens.

"This renovated office will help the MAB to carry out its basic tasks. Foreigners coming to Moldova seeking a better life will know that Moldova reflects the same Western values that unite us all, "said US Ambassador James Pettit.

"The inauguration of the bureau is a great achievement, but this is only the beginning. The United Nations Organization of Moldova will continue to support the Migration and Asylum Bureau in its efforts to integrate immigrants and refugees into society by strengthening capacities and training staff and leadership, supporting better coordination between line ministries and community involvement. "

Renovation works was enabled thanks to the funding provided by the European Union with the budget of about 6 million lei and the contribution of 1.450 million lei from the US Embassy in Moldova, and the United Nations Development Program (UNDP) provided assistance in developing modern design, furnishing and purchasing a set of computers worth about 900 thousand lei.