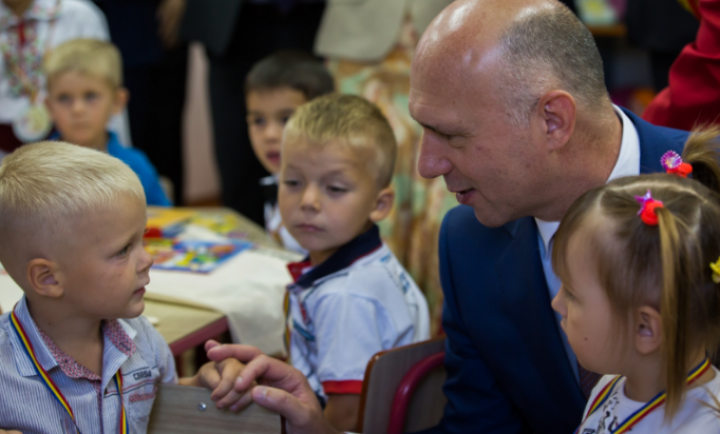 The head of the Bucharest said that kindergarten renovation program in Moldova is successful and so far over 750 kindergartens were repaired.

Therefore, the Romanian Government intends to continue this program and improve activity in other 80 preschool institutions and also other assistance programs.

"It is an example of the fact that no matter the Romanian Governance, attachment and interest in improving the living conditions of Moldova's citizens remains a concern for us. The support and cooperation that Romania gives Moldova is not a declarative one, but a concrete one for all Moldovan citizens to feel" , said Dacian Ciolos.

In return, Prime Minister of Moldova Pavel Filip expressed his gratitude to all the people of our country supporting Moldova in multiple development projects, but also supporting the European course of our country.

2 million lei were allocated for repair works at the kindergarten in Selemet village. Thanks to this assistance the roof, the thermal instalation, the facade of the building, and partly windows have been changed.

At the same time, the institution was equipped with new furniture and modern conditions were created allowing both to improve the curriculum and increase the number of children in groups.