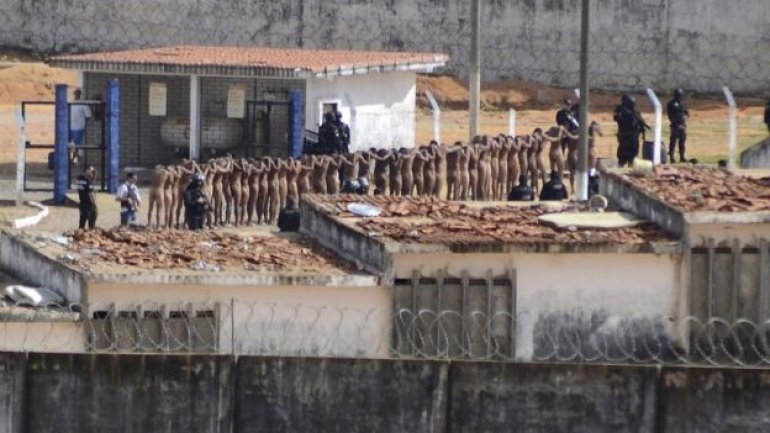 A new uprising has broken out at a prison in north-eastern Brazil where 26 inmates were killed by a rival gang faction over the weekend, authorities said on Monday.

“A Swat team is there at this exact moment. Our men are entering the prison now to get control of the situation,” said Eduardo Franco, head of communications for police in the state of Rio Grande do Norte, where the prison is located.

It was not immediately clear what sparked the latest uprising at the Alcaçuz prison, located about 15 and a half miles south of the state capital, Natal.

It was in the same prison that members of Brazil’s most powerful drug gang, the First Capital Command (PCC), killed 26 inmates in a riot that began late on Saturday and was not controlled until Sunday, informs The Guardian.

As in a series of other prison uprisings in recent weeks, many of those killed had their heads cut off and were badly mutilated or burned. At least 140 inmates have died in Brazil’s prisons in just over two weeks.

The intense violence is the result of a split between the PCC and Brazil’s second-most powerful gang, the Red Command. For more than two decades the two gangs maintained an uneasy working relationship, ensuring that a steady flow of drugs and arms easily made its way over Brazil’s porous borders with the world’s biggest cocaine-producing nations.