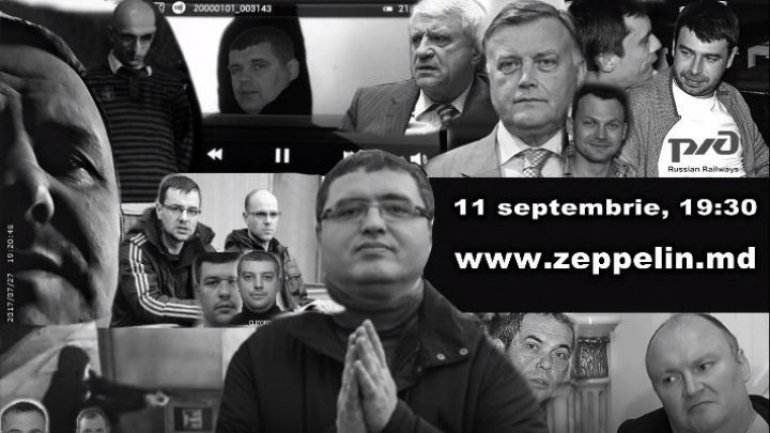 foto: The movie will be started on September 11, at 19:30
AFLĂ imediat Știrile Publika.MD. Intră pe Telegram

Fugitive Mayor of Bălţi, Renato Usatîi, has tried to wash his hands clean of the attempted murder of Russian banker Gherman Gorbunţov, by providing false leads.

An investigation made by a "Zeppelin" journalist has revealed that the politician has paid an unknown person to declare himself the murder and frame Alexandr Antonov as the client- a former associate of Gorbunțov.

The one to play Usatîi games was Romanian journalist from RISE, Mihai Munteanu.

"In exchange for the extradition of the murdered, Usatîi demanded a movie to be made by Mihai. He and the secret services from Romania have agreed to those conditions", the investigation shows.

Before making the statement, Usatîi  first made sure that his employee will declare word for word what he wishes him to. The link between the journalist and the Mayor was the thief in law Ion Druţă, known as "Pisateli".

"At Renato's commande he had to make the journalist to believe in the existence of a person named Oleg, a typical name in the underworld for people who take upon themselves the responsibility of crimes the never committed. Oleg had to confess of being the one to plan the attempt in London between Antonov and Proca.

Three years after the movie was created, Vitalie Proca spilled the beans. He declared that this "Oleg" is a mere fiction.

"Pisateli admitted that he gave to Mihai the phone on Usatîi's  order. That Renato payed this Oleg to create the video and that Oleg's name is actually Timoha with whom Usatîi made a deal", the investigation provides.

"-The video was made in Transnistria. I made it and forgot about it.

-What does it have to do with the case? How did Usatîi spoke with you? Was it through Clifford?

-Yes, in Clifford's house. We were made everything clear, to speak and make the video.."

Despite Gorbunțov offering a video in November 2014, there was proof that it existed in Usatîi 's email since 9th July 2013.

An analysis has also proven that it was actually filmed on 30th June 2013 and was later on modified to be seen as being made on 9th July 2013.

We remind you that last year Renato Usatîi was declared wanted by Interpol. Renato Usatîi is searched by police on suspicion of ordering the assassination of Russian businessman Gherman Gorbunţov. He fled to Moscow, where he remains up till present days.