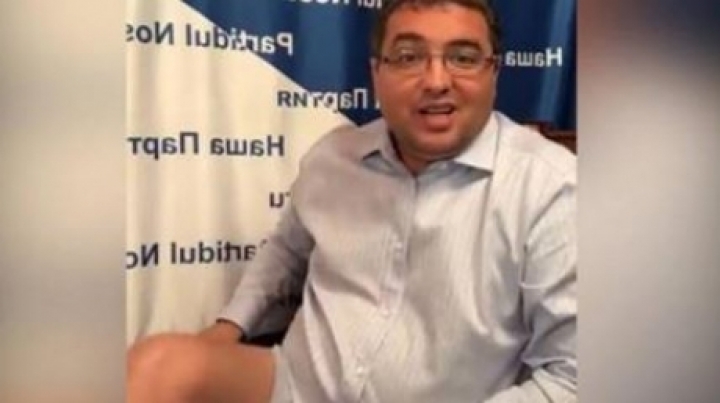 Renato Usatîi went live on Facebook without pants. The mayor of Balti revealed it today on a live broadcast.

Usatîi raises his leg without even realizing when answering questions.

Renato Usatîi was elected mayor of Balti in June 2015. Since then, he entered the broadcast media and bloggers attention and has been criticized for several unfulfilled campaign promises. Among them are street reparations, roads building and increase of trolleys, buses and minibuses. Renato Usatîi also canceled a trolleybus line.

In the first eight months in the office, Renato Usatîi has worked only 69 days, being absent for more than four consecutive months.