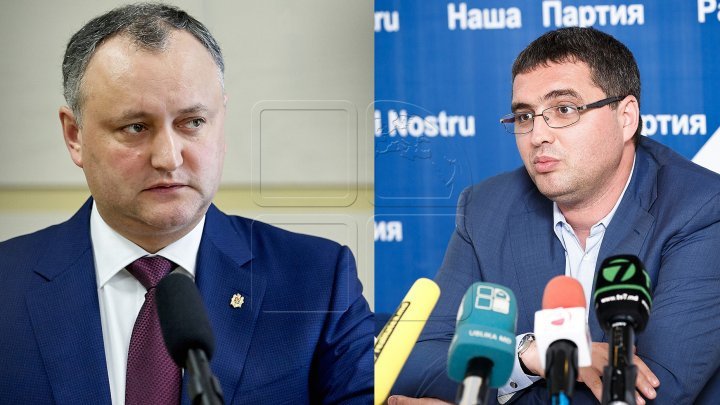 The President Igor Dodon, who've been working all his life for the State, would hold multiple properties in Russia and also accounts of dozens of millions USD in Swiss banks. This declaration was made on Tuesday's evening by his former rally partner, the 'Partidul Nostru' leader, Renato Usatii, within a TV8 talk-show.

According to Usatii, a part Igor Dodon's gained actives are i Russian Rederation, including Crimea. However, the total money amount is held by the Swiss banks, reports deschide.md.

'From where could Dodon gain millions USD? It's about dozens of millions of dollars. Does he have any businesses? A part of his money is in Europe. He has a lot of proper in Russia and Crimea. After his meetings with some Russian governors, he sent Ciubara there. Of all these transactions were ran by Vadim Ciubara, one of his closest men. He is also holding the Accent TV channel. he is the man on who's name are written all Igor Dodon's properties from Russia', mentioned Usatii.

He also added that Dodon, along with Zinaida Greceanii, would have luxury apartments in the southwest Moscow.
'The first Moscow apartments were bought after the Parliamentary elections of 2014. He took some money meant for the voting campaign and bought for himself, Greceanii, Ciubara and another person that I can't remember, four apartments in a luxurious house of Moscow.

Usatii is warning Igor Dodon that he knows on whom are written his current Swiss accounts.

'He won't escape. I will reach his Swiss money too. That woman, his devoted friend's sister on whom are open the Swiss accounts, I know her, Igor Nikolaevich. On these accounts are dozens of millions of dollars. I will find out the exact amount of money', warned Renato Usatii.