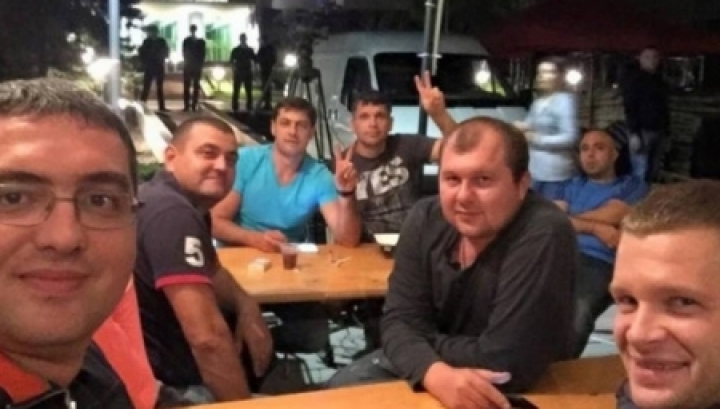 Balti mayor Renato Usatii has stood up defending his buddy detained by police for pimping, and risking up to 7 years of jail.

Partidul Nostru Party leader Renato Usatîi has recognized Patrașca is a friend of his: "How can these young men be accused of pandering if a girl comes to a sauna and takes money for that."

It’s not for the first time when people from Usatîi’s entourage get involved into offences and later get into the police’s hands.

On September 13, another pal of Renato Usatii, Nicolae Hacico, was detained for drug trafficking. He deceived two Israelis they may cultivate cannabis in Moldova and issued them a fake license against EUR25,000. Seeing the masked police officers and cuffs, Nicolae Hacico urinated himself.

If found guilty, he may serve a jail term of 12 years. Earlier, two mayors from Usatîi’s party were held up for drunk driving.

Another close friend of Usatîi, involved in doubtful acts, is the leader of the party’s territorial organization from Dondușeni district, Ruslan Zaplitnîi.

According to mesaj.md, this man was managing a drug dealing business in the northern area. His colleague from Soroca district, Iurie Todirean, earlier acted in a criminal gang formed back in the '90s. He was a business partner with an individual suspected of illegal weapon deals. Todirean would have allegedly protected a gang stealing cattle.

In the northern district of Briceni, a member of Partidul Nostru Party, Oleg Bețean, had been part of a network of drug smugglers.

Mesaj.md writes the head of the Florești district branch, Ruslan Crîjanovschi, had earlier been responsible for the northern area in the MMM financial pyramid.

One of Usatîi's friends is Bulgaru, a renowned mobster now hiding in Moscow, who’s also Usatîi’s house neighbor, as is Igor Nedosecikin, a former deputy president of Moldinconbak, a close friend to Veaceslav Platon.

According to mesaj.md, Usatîi gave key jobs to pimps because many sources say he is a hard drug consumer and casino gambler. He would have banned the gambling houses in Bălți to stay far from his passion.

There are lots of video recordings in which Usatîi appears smoking, apparently drunk and even high, according to mesaj.md.