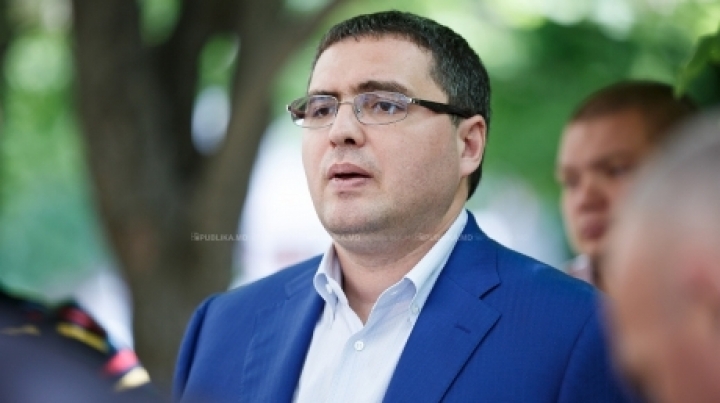 A close friend of the "Our Party" leader Renato Usatîi, was arrested for drug trafficking. According to the deschide.md portal, Nicolae Hacico was included in Usatîi's party list for parliamentary elections two years ago, but also in the Municipal Council's list for 2015. According to deschide.md, the friend of Usatîi  got really scared when he saw police with handcuffs.

Nicolae Hacico was arrested on September 13th. According to deschide.md, he would have lied to two Israeli citizens that in our country can be legally grown plants with psychotropic effects and has issued a license for this activity of 25,000 euros.

Businessmen has been importing cannabis seeds from the Netherlands, after which they were cultivated and processed in Moldova. Subsequently, narcotic drugs were to be shipped to Russia and the European Union.

After being detained, Israeli citizens have told investigators that Hacico would have held a meeting with Renato Usatîi, whom he described as the most influential politician and future Prime Minister of the Republic of Moldova.

In a posting on a social network, Usatîi acknowledges that he met with individuals from Israel.

"About a year ago I met with these Israelis. They said it is a Canadian company and will cultivate some kind of grass. They asked me if we have land in those villages where the mayors are ours "said Usatîi.

The leader of "Our Party" added that he sees no problem in the cultivation of these plants in the country:

"The country is squatting. Only with tomatoes and corn we will not go far."

The two Israeli citizens were placed under house arrest. According to deschide.md, they would have contacted Hacico, which would have helped them escape in Transnistria.

During searches at the residence of the suspects, the police found narcotics in especially large quantities.

After processing the plants, the suspects were to get a hundred kilograms of narcotic drugs and were to win 200,000 euros.

In this case it was initiated a criminal case for drug trafficking. If found guilty, "Our Party" party member, Nicolae Hacico, risks up to seven years in prison.

Hacico, is one of the 12 members of the political council of the "Our Party" formation. He was number 29th on the Renato Usatîi's party list at parliamentary elections in 2014 and in 2015 he ran for a seat in the Chisinau Municipal Council councilor.

On his page on a social network  pictures alongside Renato Usatii and party vice-president, Nicolae Tipova can be found.