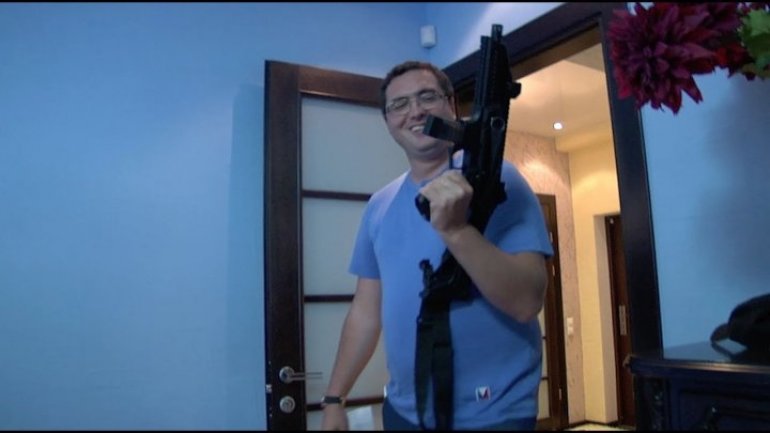 The fugitive Renato Usatii was again caught with lie. According to the SP's electronic version, the leader of party "Partidul Nostru" lied when he said his business partner Alexandr Grinberg, recently detained in Spain for money laundering, was not the general sponsor of FC Zaria's team in Balti.

According to journalists in the north of the country, two years ago, the rights to the club were passed to an NGO, and Grinberg took the team management.

In 2015, the representatives of the association said that the club's divestiture would allow for investments of at least 10 million lei annually. One of the sponsors turned out to be Alexandr Grinberg.

Usatii said on a social network that he came to Moldova at the invitation of the former footballer Ghennadi Perepadenko, who holds leading positions within the club.

Perepadenko, however, said that Grinberg brought him to the leadership after Usatâi was elected mayor.

Moreover, after the businessman was detained in Spain for money laundering, Usatîi said that Grinberg was no longer a partner and that he did not invest money in FC Zaria, where the leader of Partidul Nostru is a shareholder, alongside several members of his party.

"He is the president of Spain's football club Marbella, he is also the shareholder of this team, Alexandr Grinberg! Sasha, thank you very much."

"I think we will be able to make a strong team."

According to the esp.md investigation, the Zaria football team in the north of the country is not listed in the Register of the State Registration Chamber, even though Usatii said he is a shareholder of the club.

Alexandr Grinberg was detained in Spain for money laundering. The press wrote that he and ten other Russians had made a loss of 30 million euros to the Spanish state.

The press also has written many times about Usatīi's connection to the criminal world in the Russian Federation.

The criminal fugitive does not hide and even praises that he is a friend and neighbor of the so-called "thief in law," Grigore Karamalak, said Bulgaru.

Karamalak has also fled Moldovan justice in Russia in the early 2000s. Usatîi is criminally prosecuted for assassination attempt the Russian banker Gherman Gorbuntov, but also for trying to influence the testimony of the alleged killer Vitalie Proca.

Last year, Usathi ran away from the country and is currently issued the international search warrant.