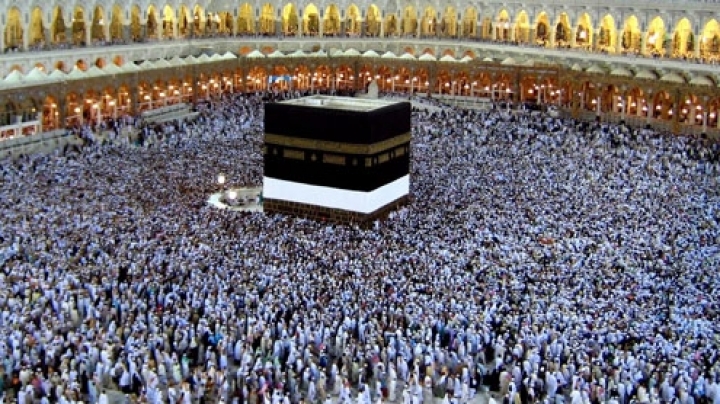 A bitter war of words between Iran and Saudi Arabia intensified Wednesday ahead of the annual hajj pilgrimage from which Iranians have been excluded for the first time in decades.

Iran's supreme leader Ayatollah Ali Khamenei blasted the "incompetence" of the Saudi royal family as he met with the families of victims of a deadly stampede during last year's hajj.

"This incident proves once again that this cursed, evil family does not deserve to be in charge and manage the holy sites," Khamenei said.

Relations between Iran and Saudi Arabia were already at rock bottom before the regional rivals started trading caustic remarks ahead of the annual pilgrimage to Islam's holiest places in Saudi Arabia, which is due to start on Saturday.

Iranians have been blocked from the event after talks on safety and logistics fell apart in May.

"If the existing problems with the Saudi government were merely the issue of the hajj... maybe it would have been possible to find a way to resolve it," Iranian President Hassan Rouhani said at a cabinet meeting.

"Unfortunately, this government by committing crimes in the region and supporting terrorism in fact shed the blood of Muslims in Iraq, Syria and Yemen," Rouhani said.

Saudi Arabia's most senior cleric, Grand Mufti Abdulaziz al-Sheikh, also waded into the dispute, telling the Makkah daily on Tuesday: "We must understand these are not Muslims, they are children of Magi and their hostility towards Muslims is an old one."

"Magi" is a reference to the Zoroastrian religion that was prevalent in Iran before Islam, and is sometimes used as an insult against Iranians.