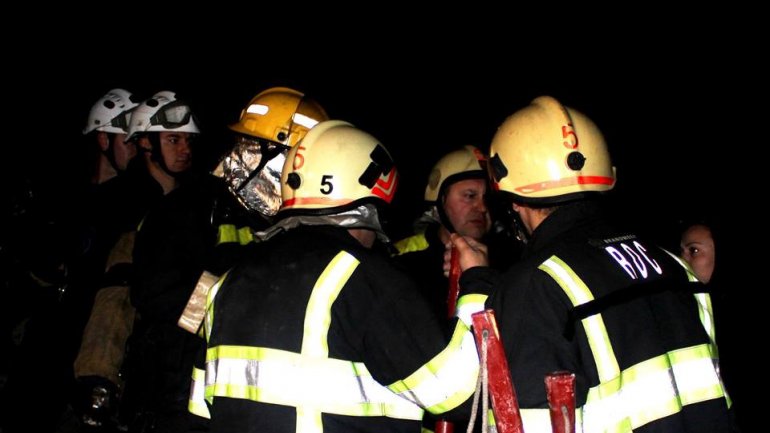 The cases are opened for breaches in safety rules and mining code.

A group was created to investigate all circumstances under which the incident took place.

According to the source, the arrested person is one of the employees, responsible for carrying out mining operations.

(07:18) Three men, between 33 and 41 year old, were killed and one passed away on the way to the hospital, after a bank of stone quarry in the village of Pascani, Criuleni district, collapsed over them.

There were no eyewitnesses. According to representatives of the Emergency Situations Service, the wives of three workers alerted authorities after seeing men not returning home from work.

"It happened around 14:00 - 14:30. The wives at home noticed that their men were not returning. They called and asked if everything was alright.... Have they left already? No? And then...the reist is already known..."

"At around 14:00 the workers have passed away and around 20:00 their wives called and were asking why they were not home yet."

Three teams were dispatched to the site. 20 rescuers and firefighters were searching if there were no more victims.

Their relatives also came on site. People were angry and blamed the owner, because no security measures were taken that could have potentially prevent the disaster.

"Our nephew died. He had two children, his wife can't even speak."

"It's not right at all. The boys would often say that they lacked protective helmets and security would be checked once per year. What protection they had there? Pillars that were set just for the looks? Only God knows how they worked there."

Prosecutors have opened a criminal file and all circumstances will be established.

"It is a workplace accident that took place in the mine from Pașcani. The details will soon be found out. At the moment we have opened a criminal file on this case. An investigation group was creates, as well as a division for crisis that will analyse this situation" general deputy prosecutor, Igor Popa explained.

Prime  Minister Pavel Filip has set up yesterday an urgent Government meeting, after the tragedy from Pașcani village, Criuleni.

The official urged responsible institutions to contact the victim's families and offer assistance.

Pavel Filip has also requested an immediate investigation regarding all possible way such an accident could have happened, as well as who is to blame for it.

Prime  Minister has ordered for all mines from the country to be checked, as well as the conditions employees made to work in, to ensure their safety. In case any breaches are found, all activity will immediately cease.