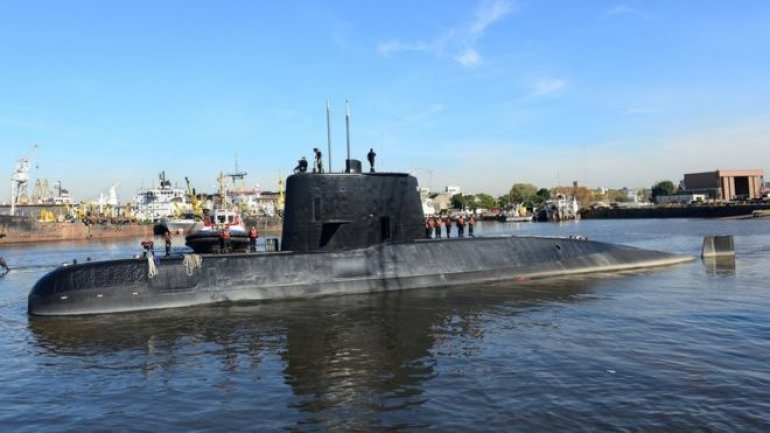 Relatives of the 44 crew members of a lost Argentine submarine have begun raising funds to search for it privately.

Read also: Searches for missing submarine with 44 crew members on board ceased

The navy called off its rescue mission for the ARA San Juan in December, two weeks after it went missing.

Relatives have opened an account and asked for the public to donate.

No trace of the vessel has been found despite extensive searching underwater and by air. All those who were on board are presumed dead.

They were understood to have had air for no more than 10 days.

The navy stopped its rescue mission two weeks after the sub's disappearance saying there was no longer hope of finding any survivors.

The search for the missing vessel and the bodies of the crew continued but with a reduced number of ships.

"We want to keep looking, we are not going to stop," relatives said in a statement.

"We are looking for the truth and you can accompany us. With a small donation we will take a big step. Help us."

The families of the crew members have long expressed dissatisfaction with the navy's handling of the aftermath of the sub's disappearance.

At the time, some said they did not believe the official version of events, while others said they needed to find the bodies of their loved ones in order to be able to grieve.

Some relatives suggested the submarine, which was 34 years old, had been in a bad state of repair. The Argentine navy said it had passed system safety checks and President Mauricio Macri said it had been "in perfect condition".

More than a dozen countries helped with the official search and 4,000 personnel were deployed.

Earlier this month the Argentine government announced it would offer $4.9m for information that led to the submarine being found.