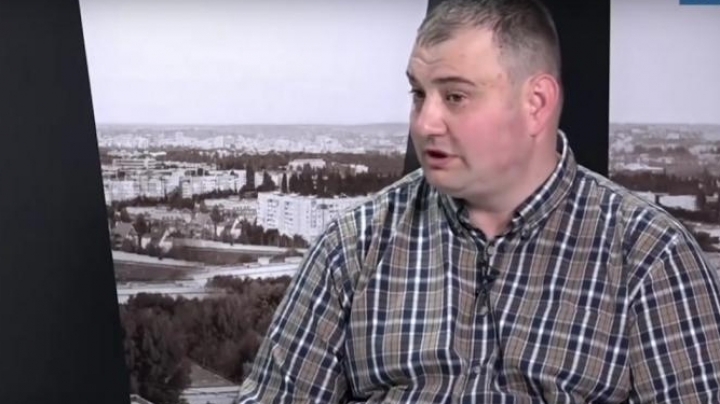 Sergiu Cebotari, an active member of “Dignity and Truth” Platform Party of convicted fugitives Victor and Viorel Topa, was detained for 72 hours by the officers of Nisporeni Police Inspectorate. On his name were opened two penal cases for forced labor and one for embezzlement in huge proportions.

The chief of Nisporeni Police Inspectorate has declared that Sergiu Cebotari was summoned to police many times this month. Because he did not come, he was brought forcefully from his house in Chisinau. At the same time, during a press briefing, the deputy chief of the Penal Prosecution Department of Police General Inspectorate, Ruslan Ojog, announced that there are registered 17 victims of Sergiu Cebotari, and the amount of caused prejudice is 400,000 lei.

Cebotari, former employer of State Enterprise “Posta Moldovei”, has previously declared to media that, through this institution, anabolic substances were illegally transported abroad. The Parliament has created a special committee to verify the activity of the enterprise. The democrat deputy Marcel Raducanu, member of the committee, declared that Cebotari was interrogated, but he did not present any evidence.

Previously, today.md had conducted an investigation in which is shown that Sergiu Cebotari have stripped many farmers from lands and the crops from previous years.

Sergiu Cebotari is also accused by a 35-year-old man from Floresti that 11 years ago Cebotari sequestered, beat and threatened him with death for a debt of 750 euro. The young man was beaten in the street, taken by force with a car and kept in a basement for 24 hours.

The young man claims that Sergiu Cebotaru got out from trouble because he had good relations with police.