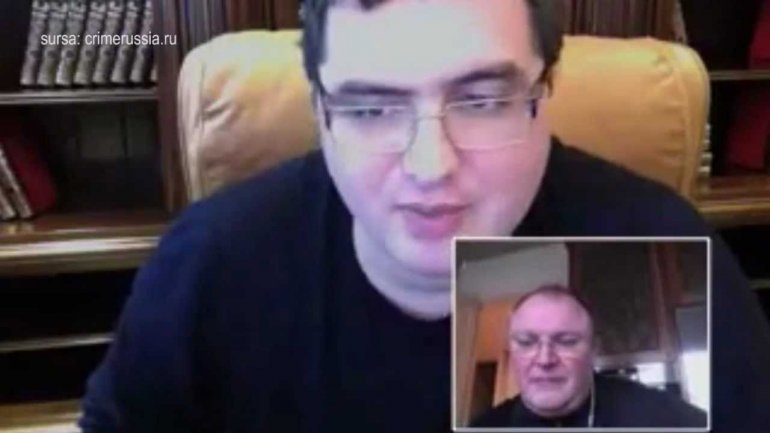 New details about the relationship between Russian banker German Gorbuntsov and Renato Usatai were made public. The businessman Leonid Volneanschi, who knew the two personally, says in an interview with blogger Veaceslav Balacci how Gorbuntsov was stripped of its shares held in Universalbank and how he was forced to leave Moldova for security reasons.

"Gorbuntsov I know less time than Renato Usatai. With Renato, we've known each other or over 15 years. Until recently we were on good terms. And with Gorbuntsov we met after he came to our country and bought Universalbank. Then we decided to do joint projects" said the businessman Leonid Volneanschi.

Projects have not started. In 2011, Gorbuntsov lost its actions in Universalbank.

"Just had lunch with Mr. Andronic and Mr. Gorbuntsov when the latter was called and told that the bailiff Botan sent the shares of a company whose name I do not remember. Probably," Mep Group". - Yes,"Mep Group" the representative of this company was Renato Usatai" said Volneanschi.

According to Leonid Volneanschi, the Russian banker tried to recover his actions. About the issue was discussed in the cabinet of former Prime Minister Vlad Filat. He even invited Gorbuntsov's lawyer, Valeriu Andronic, to a discussion.

"After the visit to Prime Minister Filat, Mr. Andronic said that we should not oppose resistance. We know that Renato Usatai was then Filat's adviser" said the businessman.

After several attempts in court to restore his shares, Gorbuntsov began to be threatened.

During the show Fabrika on 1 December 2016, during which was broadcasted the full interview of businessman Leonid Volneanschi, blogger Veaceslav Balacci and analyst Victor Gurau said that in the scheme would be involved former Prime Minister Vlad Filat.

The studio guests say that Renato Usatsi must answer before the law for his crimes.

German Gorbuntsov fled abroad, and in March 2012 was the target of an attempted murder. According to the investigation, one of the assassins received 100,000 euro from Renato Usatai.

The leader of the political party "Our Party" is put on international search and charged with complicity in the case of an attempt to assassinate German Gorbuntsov.