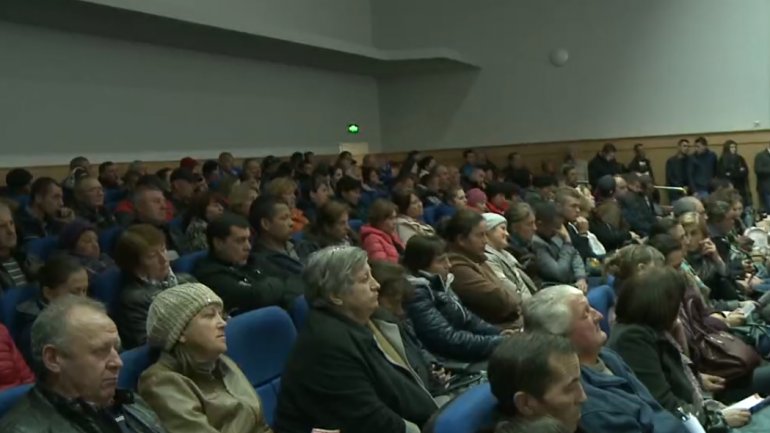 Reducing the number of political parties, eliminating bureaucracy and election of Members of Parliament, inclusively based on the uninominal vote. These were largely the wishes of Nisporeni residents, present at a debate session, attended by deputies and political analysts. The talks were held in the framework of the project “Reform in politics” launched by the Democratic Party.

“We have today 45 political parties. Most basically are not too active. Perhaps a way out would be to elect members of Parliament inclusively based on single-member constituencies, maybe 50 to 50, so that Nisporeni district would choose one or two deputies” said PDM deputy Sergiu Sarbu.

“I assure you that we will take note of those proposals and will even initiate specific processes that can be bills, to amend the Constitution, amend the Electoral Code, the law on parties” declared PDM deputy Sergiu Sarbu.

Participants in the debate argue that such talks are welcome, as nowadays, not too taken into account the views of voters.

The debates were attended by over 400 people from Nisporeni.

The campaign “Reform in politics” is conducted by the Democratic Party of Moldova, in partnership with several representatives of civil society.

The aim of the action is to identify ideas and solutions for improving the activity of parties in Moldova.