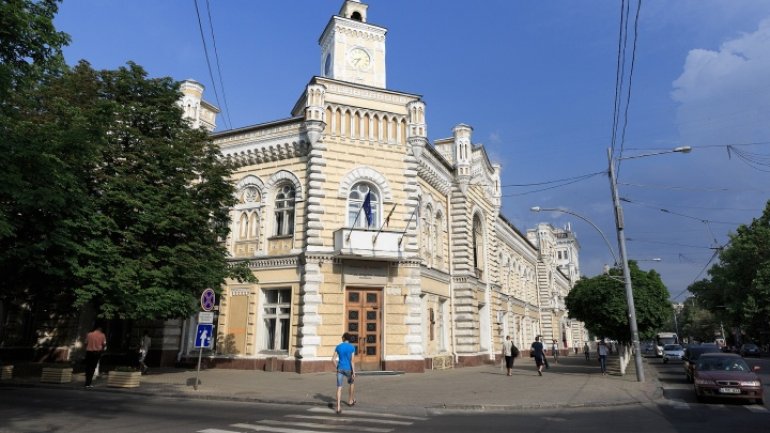 The referendum meant to dismiss Mayor Dorin Chirtoacă, held at Socialist Party's request, has failed. It managed to gather only 107 thousand citizens, with 50 thousand less than required to make it valid.

According to CEC, most people came to vote in Botanica and Râșcani, having counted over 53 000 citizens. Followed by Buiucani  with over 15 000 people. In Ciocana were registered almost 15 000 voters, while in Centru nearly 13 000. Least interested people were from suburbs, with less than 10 000 citizens.

Immediately after the polling stations closed down, many citizens of the Capital begun protesting at PSRM headquarters and started demanded for the wasted money for the referendum to be returned to the state budget.

"-Return the millions! Are you going to return the 9 million or not? -We will find them anyway and take them back."

"You claim to support young people, then return the money you stole."

"Let them return the money because they are filthy rich, liars, morons. Have they really not known that their opinion does not matches the one of the citizens?"

Immediately after the referendum, PL leader, Mihai Ghimpu has declared during a press conference that Capital's citizens have proven their trust in Dorin Chirtoacă. Socialist councilmen do not share this opinion.

"Dorin Chirtoacă is Chisinau's Mayor. The votes proved it. The lack of people who came. If there are no votes, it means that people trust Dorin Chirtoacă" PL president Mihai Ghimpu declared.

"I doubt that he will return as a Mayor. If he truly wishes for things to progress, he should resign. We do not believe that this is someone's failure" PSRM councilman, Ion Ceban said.

Dorin Chirtoacă expressed his gratitude toward the citizen who chose to ignore the referendum.

"They have abused the citizens, wasted their time and tried to make them take part in this adventure, this fraud. I wish to thank all citizens of the Capital for not letting themselves be fooled, for realizing what has to be done" suspended Mayor Dorin Chirtoacă announced.

People were urged to vote against Chirtoacă by PSRM, PCRM and Our Party.

PDM has requested countless times from citizens to not let themselves be played by socialists.

PAD, led by Maia Sandu has also boycotted the referendum, along with LP.

Nearly 87% of those who chose to vote were against Dorin Chirtoacă. At least those are the official data presented by CEC, according to which only 17,5% of the Capital's population came to vote at the referendum organized by the Socialist Party.

According to CEC, in Râșcani and Centru 92% of people wished to sack Chirtoacă, while in Buiucani nearly 90%. In Ciocana sector, 89% of those who voted wished for his dismissal, in Botanica they amount to 83%, while in suburbs only 30%.

The referendum might be declared invalid, as there were few who chose to vote.