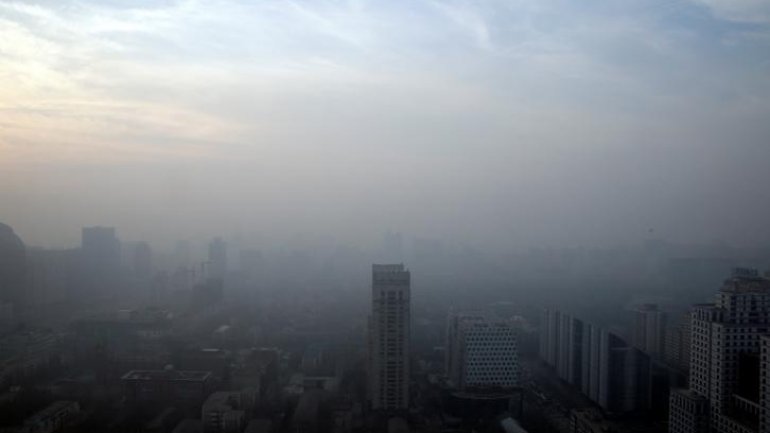 Beijing authorities have declared a five-day pollution “red alert”, shutting schools, ordering thousands of vehicles off the roads and telling residents to stay indoors, after the Chinese capital was enveloped by a shroud of toxic smog that is expected to linger until Wednesday, informs The Guardian.

The warning – the first since Beijing’s inaugural red alert in December last year – was officially implemented at 4.20 pm on Friday as a nicotine-tinged haze rolled into the city.

“Smog invades Beijing,” tweeted Xinhua, China’s official news agency, alongside a timelapse video capturing the arrival of what city officials have controversially decided to classify as a “meteorological disaster”.

A second Xinhua tweet showed the skies blackening over the course of Friday as toxic air swept into the northern city of 21 million citizens.

China’s ministry of environmental protection reported that 21 other cities across north and central China had also declared pollution red alerts, including Tianjin, Shijiazhuang, Taiyuan and Zhengzhou.

A red alert is the highest level of a four-tier warning system introduced as part of China’s high-profile war on pollution.