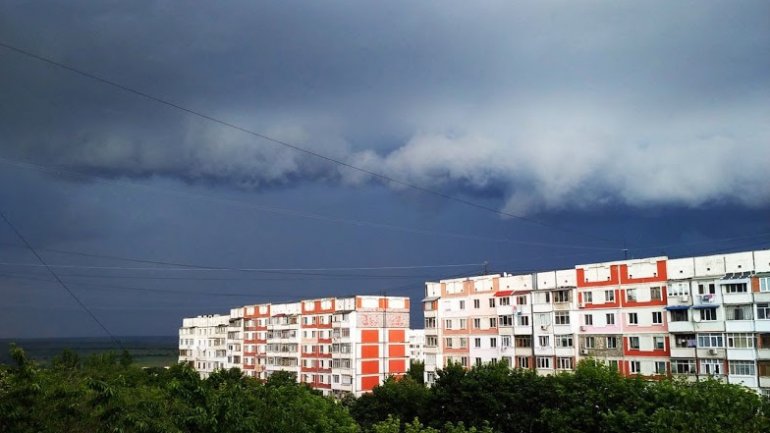 Dozens of apartments flooded, several streets turned into rivers and cars stuck in water. These are some of the damages done by last night, June 29th, heavy rains.

According to the press officer of the Civil Protection and Emergency Situations Service, Liliana Puscasu, trees had fallen on house roofs in the northern Briceni town. The wind hit two warehouses and a kindergarten in the Bulboaca settlement, Briceni district. At the same time, the roofs of two blocks of flats were partially damaged in the Lipcani town, Briceni district, and two trees destroyed the roofs of two houses.

The thunderstorm hit also settlements from the districts of Balti, Dubasari, Rezina, Falesti and Ungheni, where more trees fell down and rescuers intervened for de-blocking.

“The commissions for emergency situations assess the sum of the damages recorded” , Puscasu noted.

For his part, the spokesman for the Chisinau city hall, Vadim Brinzaniuc, told MOLDPRES that “in the capital, the last night thunderstorm did not hit trees and neither disconnections from power supply were registered.”

The State Hydrometeorological Service has earlier issued Yellow Code of heat and exceptional danger of fire. The warning is valid till 1 July. At the same time, meteorologists forecast thunderstorm rain all over Moldova for the days to come.