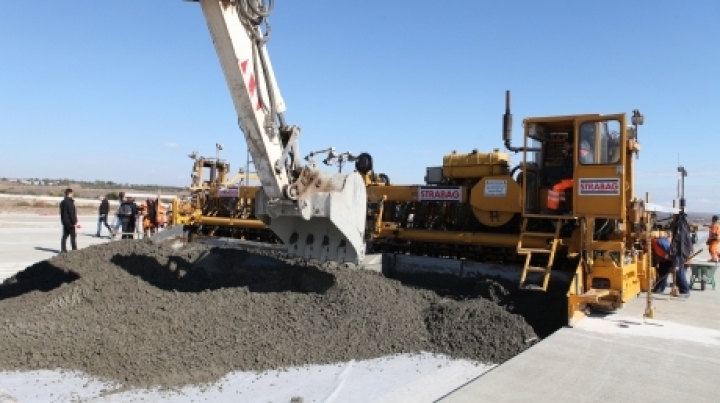 According to Avia Invest, the first segment of the runway was extended to 60 meters. The bearing index capacity has increased from the current value of 51 to 70, which will allow Chisinau airport to receive and serve without restrictions all types of aircraft, including jets of high capacity like airplanes widened fuselage (also called "widebody").

As a result of work performed, the operational capacity of the airport will enhance, the AIC will provide traffic of 21 vessel/hour.

Similarly, it completes the change and modernization of the lighting track segment of 1km, which will contribute to increasing class landing existing II to III and will allow to perform safely landing procedures with very low visibility.

This opportunity offered by airlines Chisinau Airport will greatly reduce the risk of delays or cancellation of flights, and passengers will travel as scheduled.

Currently, the concrete portion of 1 km of the track is being finalized. The last layer of high-grade concrete was applied with a special machine - Helit + Verner, the first and only one of its kind in Moldova.

The works are carried out under the projects in the largest European airports, in compliance with the highest standards.

Over 150 employees and 50 units of special equipment were involved in the reconstruction of the runway.

Similarly, extra special modern technical equipment was used, including devices for transporting concrete application equipment concrete mechanisms to cover and smooth etc., all of which are offered by the "Strabag Group" company to accelerate the works for the current year.