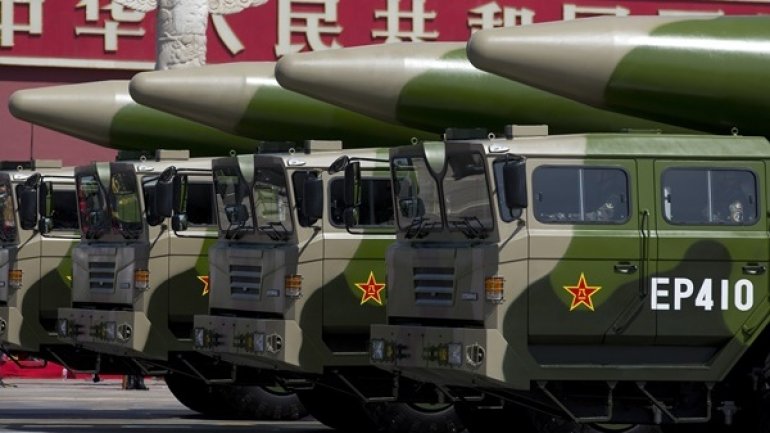 China has moved long-range missiles to the Russian border from where they could reach the USA, apparently in response to President Donald Trump’s "aggression", unconfirmed reports say.

The missiles, which can carry ten nuclear warheads up to 8,700 miles, have reportedly been moved to Heilongjiang province in north-east China.

A leading English language newspaper in the communist country carried an editorial urging the country to strengthen its nuclear arsenal to ‘"force" the US to respect China in the wake of the new President’s tough talk.

The Global Times – which is state controlled like all Chinese media and is sometimes used to road-test public opinion - this week called on the Government to boost its nuclear arsenal.

Read more at the Independent.