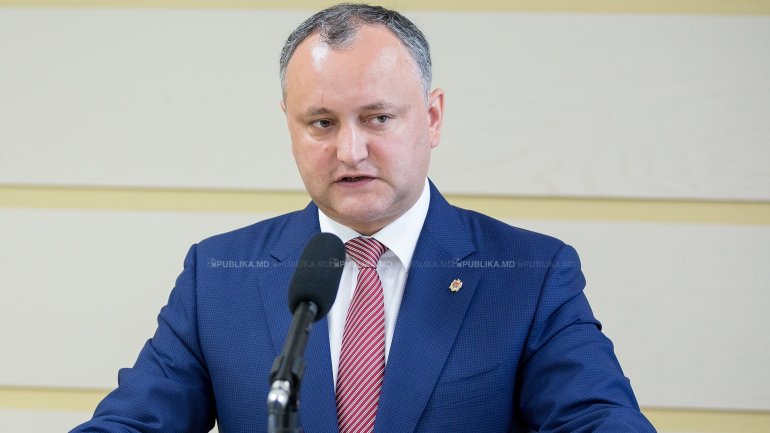 The Head of State Igor Dodon is absolutely against changing the electoral system on the uninominal vote. The statement was made in a Facebook posting.

"The initiative will not pass the Parliamentary elections. This initiative is a challenge against the democratic foundations of the state, as they were formed from Independence onwards. As head of state, I will oppose this reform actually undemocratic that destroys the party system in Moldova. I am convinced that the Socialist Party faction will be against this bill, whether it will be submitted to the parliament. I am counting on this and the support of other parties in the parliament" , wrote Igor Dodon.

Instead, the president comes with some proposals which, according to him, are "essential changes, even necessary, without changing the foundation of the current electoral system." Thus, Dodon proposes to open more polling stations abroad, especially in the Russian Federation, but also more active involvement of citizens in Transnistrian region.

Publika.MD recalls that the electoral system in the country could be changed. The Democratic Party of Moldova initiated the transition to the single vote system for parliamentary elections. The PDM members want citizens to be able to withdraw the mandate of a deputy if he has not kept his promises. Moreover, Democrats have proposed for the diaspora to have their own members in Parliament.