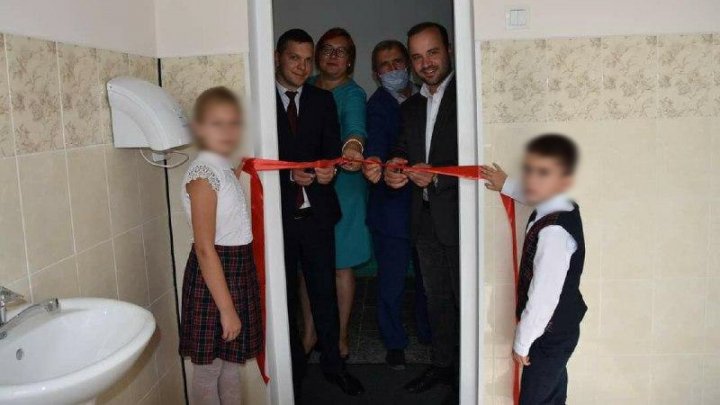 To have toilet in the high school from Hiliuți is a reason for celebration, because the students there have not seen a toilet for 20 years, according to Socialist MP Corneliu Furculiță.

The inauguration of the toilet with the ribbon cutting and the presence of politicians was widely covered in the media. Opposition MPs and the children's ombudsman disapproved of the move.

Socialist MP Corneliu Furculiță says that he does not see anything bad in the participation of some politicians in such events.

"I want to tell bloggers and netizens, who pee in comfortable apartments, that many children in the country still suffer the same fate, so I see nothing ridiculous in the participation of a district president and a deputy elected in that constituency, to the modernization process of the sanitary block, including the verification of the works ”, wrote Corneliu Furculiță on his Facebook page.

He also recalled the old days when there was no toilet in his school.

"If someone had arranged a sanitary block for us, we would have greeted him with flowers”.

He blamed journalists and members of the opposition for laughing at the children, who have no basic conditions in schools.

"I would recommend to all those who laughed out loud yesterday, politicians and journalists, to go to several schools across the country, where in the 21st century after ten years of intensive European integration practiced by those who stole billions from the IEA 1 , 2 and 3 ..., the children still go to the toilet in the yard ", wrote Furculiță.

Moreover, Corneliu Furculiță asked Minister of Education to prepare, as soon as possible, a program for the modernization of the sanitary blocks in all schools, "so that in a few years there will be no school with such problems inherited from the Middle Ages".

President Igor Dodon called this situation stupid and admitted the lack of toilets in schools remains a painful problem.

"The lack of toilets in educational institutions is a big problem, and those who made the decision to solve this problem are good. However, to make a show out of this is total nonsense. To cut ribbons through ..., is not the best decision."

"You don't have to make a show out of it. It's a stupid situation, but the toilet problem exists and must be solved, "Igor Dodon said on his Facebook page.

Publika.md reminds that, in the midst of a pandemic, the president of Rascani district, Vasile Secrieru, the socialist MP Vladimir Mizdrenco and the mayor of Hiliuți village, Sandu Alexandru, crowded in the toilet door of the local gymnasium to inaugurate a bathroom. Even though they were in a school, they ignored the authorities' recommendations on anti-COVID-19 measures, did not respect social distance and did not wear a mask.