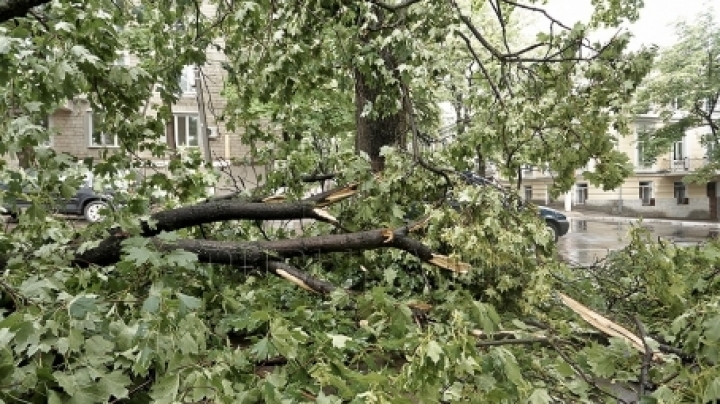 A falling tree has killed a 40-year-old woman in Chisinau today. The rescuers, police and ambulance arrived shortly, but her life could not be spared.

The deputy manager of Chisinau’s Parks company says the tree was perfectly healthy, and the people living nearby would be to blame.

"The tree is green, it succumbed under the influence of the recent rains. We don’t rule out that the people may have poured some substance to make it rot," said Galina Leahu.

Another tree has fallen over two cars at a intersection in Chisinau, while a third one – over two men in a park. Both were hospitalized.

Over 20 trees have reportedly fallen today because of the heavy rains in Moldova’s capital.