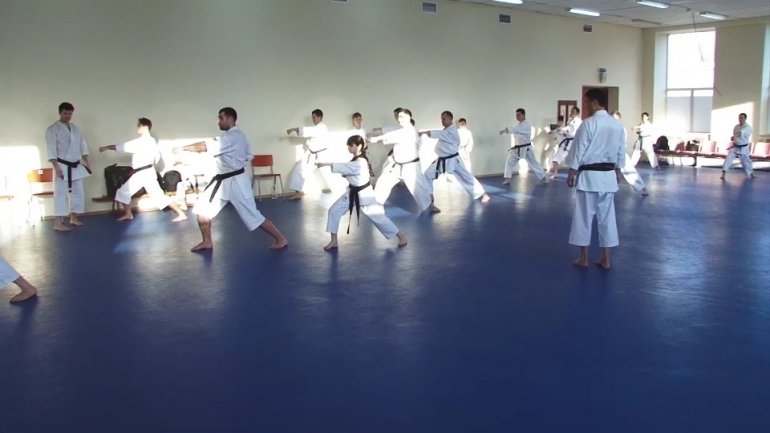 For the first time ever, Răzeni hosted a karate do tournament, where 10 sportsmen aging between 11 and 6 year old from Străşeni, Chişinău and Răzeni showed their abilities.

"It was hard. The punches did not hurt much, they could have been worse. I am happy with the results" Karate Do fighter Iurie Ţîrchi declared.

"It was hard at the beginning. I was hit and though it was over, but it kindled a fire within me. I loved it and it was organized amazingly" fighter Seva Răileanu said.

The organizers claim that the first edition of "Răzeni City Hall Coup" was a success and wish for it to become a tradition.

"The fights are harsh. There were some interesting cases. The boys proved their qualities. They have a fire within them. The boys are sharp, just like they are brave and fast. This is what we aimed for" Vice President of National Karate-Do Federation of the Republic of Moldova, Iurie Patlatîi announced.

"We are confident that it will not be the last edition and that it will become national. Perhaps, even international in the future. If we put our minds to it, we know that we will success and that our foreign colleagues will support us" organizer Victor Bîrcă said.

The top 5 fighters received trophies, while those who lost symbolic awards.