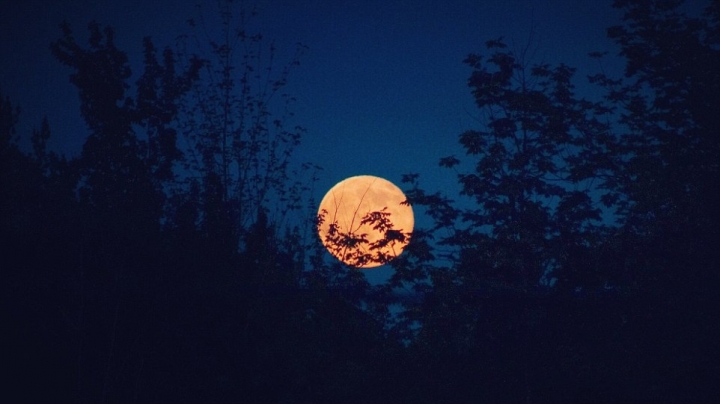 A rare strawberry moon lit up the summer solstice sky for the first time in 49 years Monday night - and the two events won't coincide again until 2062.

A strawberry moon, nicknamed as such because Algonquin tribes believed it signaled that strawberries and other fruit were ready to be harvested, is a full moon that happens in June.

Monday was the first time since 1967 that this event happened on the same day as the summer solstice.

The moon became officially full at 7:02am EDT on Monday while the summer solstice happened a few hours later in the day, at 6:34pm EDT.

This marked the official start of summer as well as the day with the most sunlight of the entire year in the Northern hemisphere.

The summer solstice brought about 17 hours of daylight to that part of the planet, where the June full moon is also known as the honey moon, the hot moon and the rose moon.

But the phenomenon is known in the Southern hemisphere as the Long Night Moon.

In that part of the planet, the summer solstice actually marks the day of the year with the least daylight.

The coincidence of the strawberry moon and of the summer solstice changed the aspect of the moon as it rose in the sky, the Old Farmer's Almanac explained.

The sun was exceptionally high while the moon remained unusually low.

"This forces its light through thicker air, which also tends to be humid this time of year, and the combination typically makes it amber colored" astronomer Bob Berman explained.