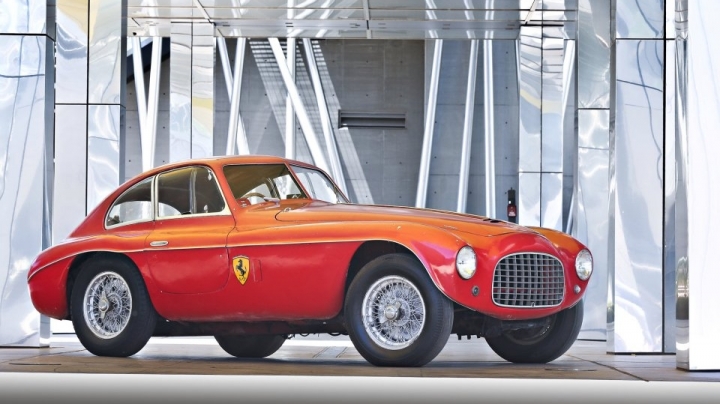 A RARE Ferrari is expected to sell for £6 million next month despite needing a full restoration after lying unused for almost 50 years, reports The Sun.

The 1950 Ferrari 166 MM is one of the Italian marque’s earliest cars and was driven in some of history’s most important races.

It started out as a ‘barchetta’, which means it had no roof, and was driven by famed coachbuilder Nuccio Bertone at the legendary Mille Miglia race in 1950 and 1951.

Gooding & Co described the 166 MM as “one of the last great unrestored Ferraris”.

The auction house has given it an estimate of around £6million and whoever buys next month will have the job of deciding whether to get it roadworthy as a coupe or carry out an extensive restoration back to barchetta.

If the Ferrari 166 MM achieves its estimate, it will be one of the most expensive unrestored cars to ever sell publicly.

Its first driver Bertone finished third in class and 14th overall in 1950, completing the 1,000 mile road race in 15 hours 22 minutes.

This was an average speed of around 65mph – with the Ferrari 166 MM capable of a top speed of more than 110mph thanks to its 2-litre V12 engine.

The car continued to be raced but in 1953 it was transformed into a ‘berlinetta’, or closed roof coupe, by the iconic coachbuilder Zagato.

By 1955, the Italian sports car was in the USA and in 1966 it was bought for $1,500 by American student Darren Westfaul who used it to drive to his University of Alabama campus.

After graduating in 1967, Mr Westfaul tucked the car away and it was hardly seen until 2007 when he donated it to the university to sell.

They made more than $1 million from the Ferrari and the historic car has been preserved – even retaining a 50-year-old university parking permit in the window.

It is one of a number of very valuable Italian cars which are being sold by Gooding & Co at its Pebble Beach sale in California on the weekend of August 20/21.

The auction house also has a 1959 Ferrari 250 GT LWB California Spider Competizione which has been valued at around £15 million.