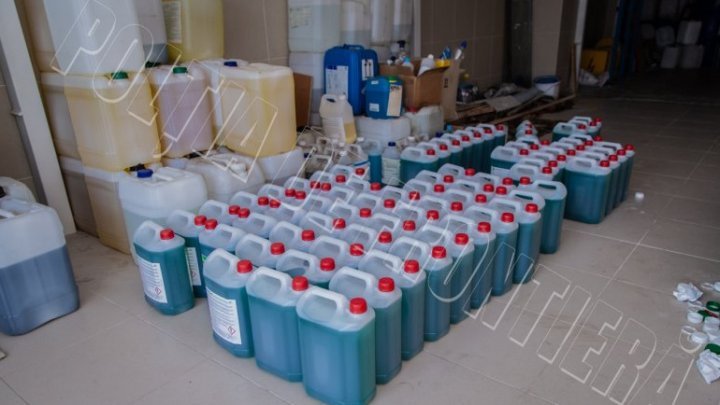 Searches in a laboratory and a clandestine section in Chisinau, where counterfeit disinfectants as well as other chemicals were produced in particularly large proportions. The raids were carried out by the Border Police investigation officers jointly with the Police under the leadership of the Chisinau Prosecutor's Office.

According to a statement from the Border Police, the criminal group consisted of eight members who worked under the cover of two local companies. The dangerous products have been sold in several regions of Moldova.

Following the searches, the officials found out that the group refilled containers with the labels of some European producers certified in Moldova with all kinds of counterfeit products.

According to law enforcement, the suspects contributed to the increase in cases of infections with both the new virus and other communicable diseases.

Counterfeit products were brought to expertise, with the suspicion that all kinds of chemical compounds could be added including methanol, an extremely toxic compound, as well as emollients with harmful and extremely dangerous effects for the health of consumers.