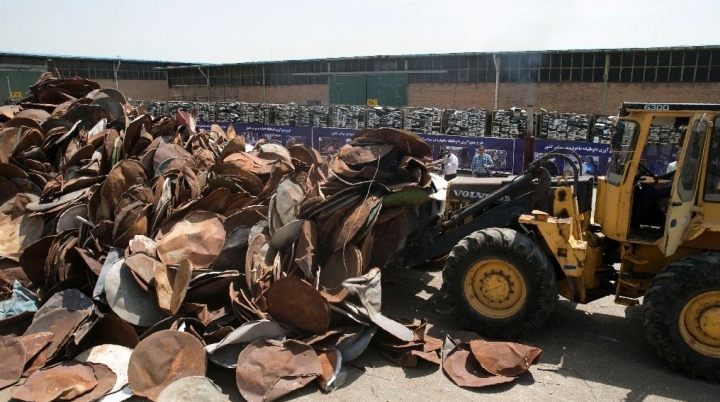 Iran destroyed 100,000 satellite dishes and receivers on Sunday as part of a widespread crackdown against the illegal devices that authorities say are morally damaging, a news website reported.

The destruction ceremony took place in Tehran in the presence of General Mohammad Reza Naghdi, head of Iran's Basij militia, who warned of the impact that satellite television was having in the conservative country.

"The truth is that most satellite channels... deviate the society's morality and culture," he said at the event according to Basij News.

"What these televisions really achieve is increased divorce, addiction and insecurity in society."

Naghdi added that a total of one million Iranians had already voluntarily handed over their satellite apparatuses to authorities.

Under Iranian law, satellite equipment is banned and those who distribute, use, or repair them can be fined up to $2,800 (2,500 euros).