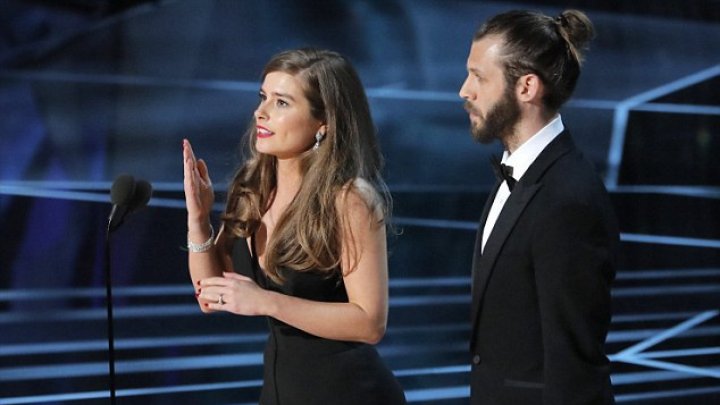 The 30-year-old actress won the award for her film The Silent Child, which tells the story of a deaf child born into a hearing family.

As she took to the stage to give her thanks, she signed for the hard-of-hearing audience members and for her film's six-year-old protagonist Maisie Sly, wrote dailymail.co.uk.

'I made a promise to our six-year-old lead actress that I’d sign this speech and my hands our shaking a bit so I apologize,' she said.

'Our movie is about a deaf child being born into a world of silence. It’s not exaggerated or sensationalized for the movie. This is happening. Millions of children from all over the world live in silence and face communication barriers and particularly barriers to education,' she continued.

'Deafness is a silent disability. You can’t see it and it’s not life threatening so I want to say the biggest of thank yous to the Academy for allowing us to put this in front of a main stream audience,' she said.

Shenton wrote and starred in the film and accepted the award with her fiancé, the films director, Chris Overton.

Young Maisie walked the red carpet hand in hand with Shenton and Overton.

She and her parents are deaf and speak with British Sign Language.

Her speech warmed the hearts of viewers across the globe leading fans to praise the award-winning actress for her inclusive message.